“A wonderfully sweet and sad romantic drama.” Read on for the verdict on last night’s TV. 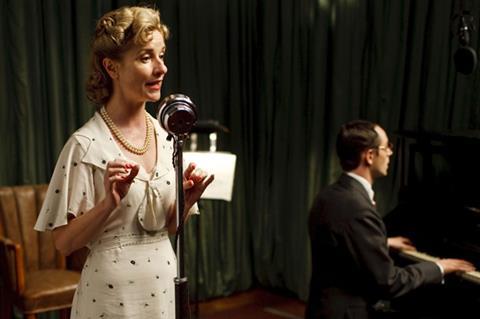 “It was a moving tale, cheered up by songs, slapstick and the gloomy mutterings of Gracie’s constipated Welsh pianist.”
Matt Baylis, Daily Express

“The struggle for the ownership of Gracie Fields was the crux of last night’s wonderfully sweet and sad romantic drama inspired by her life.”
Andrew Billen, The Times

“Jane Horrocks made a magnificent job of conjuring up the no-nonsense-two-up-two-down-by-gum-you-daft-ha’poth-Northerness of Our Gracie, which was evidently as genuine as her patriotism.”
Sean O’Grady, The Independent

“It was so fitting for Jane Horrocks to play Gracie Fields that one could argue Gracie! suffered for it. Her Fields was so upbeat and indomitable that you never quite knew whether a drama or a simple testament to the resilience of show folk.”
Tim Dowling, The Guardian

“Seems fatally flawed by a lack of talent. It is also badly compromised by the absence from screen of Saatchi himself.”
Sean O’Grady, The Independent

“Making an art programme in the same mould as The Apprentice and The X Factor raises the question of whether we now regard modern art as being part of the same industry – the industry of selling crap.”
Tim Dowling, The Guardian

“A modern tale, told in a way that managed to be original and still actually work, it was a shame about the schmaltzy touches.”
Matt Baylis, Daily Express

“Produced the sorts of trying-too-hard performances normally inflicted only on audition reels.”
Andrew Billen, The Times

“The monologue format is a bit stilted but the writing is sharp and at times very funny.”
Tim Dowling, The Guardian

How to Look Good Naked: Sexy Over 60

“The infinitely patronising Gok Wan turned his peppy talk towards pensioners… What next? How to Look Good Dead?”
Andrew Billen, The Times