“Conveyed a visceral sense of the incomprehensible horror of being the victim of such injustice.” 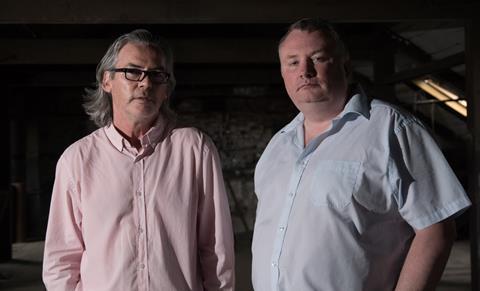 “The use of archive footage does a remarkable job of conjuring up the atmosphere of the 1970s, when anti-Irish sentiment in the UK had been whipped up against a backdrop of IRA bombings. Presenter Stephen Nolan is not quite an impartial observer, and this is an emotional, invested documentary, in which he has fostered the trust of the surviving Maguires, who open up to him about the terrible effects these wrongful convictions wrought upon their lives.”
Rebecca Nicholson, The Guardian

“It’s a case that’s been explored in many reports and films before. But what this programme did was convey a visceral sense of the incomprehensible horror of being the victim of such injustice; of being one of an entire family arrested, torn apart, abused, publicly vilified and imprisoned for years for a crime they did not commit.”
Gerard O’Donovan, The Telegraph

“It should be required viewing for anyone willing to demonise an entire community, and ignore the rightful process of law, over the actions of a minority.”
Jeff Robson, The i

“I do wonder whether mighty Cliveden risks appearing needy. Still, it showcased its nice, funny, grounded, unsnobbish staff, such as the butler Michael and the wedding planner Lydia, who, it became swiftly obvious, were its best assets.”
Carol Midgley, The Times

“This documentary was as fawning as any ‘lifestyle blog’. And though the voiceover hinted that the country seat had been the scene of ‘many scandals’, it was careful not to mention the one involving a Russian spy, a prostitute and a Cabinet minister called Profumo, which all started beside the swimming pool at Cliveden.”
Christopher Stevens, Daily Mail

“Altogether, a very good example of the genre. Though after watching it you may never again be satisfied with an off-peak deal at a local Travelodge.”
Jeff Robson, The i

John & Yoko: Above Us Only Sky, Channel 4

“This wasn’t so much the untold story of the making of a classic album as a fascinating addendum to an iconic story which had already been told. What emerged from what might otherwise have been just a gentle retrospective was a remarkably rounded picture of two emotionally fused and radically engaged talents working together to condense their thoughts on art, politics, love and music into one of the best-known and commercially successful protest songs ever.”
Gerard O’Donovan, The Telegraph

“John and Yoko: Above Us Only Sky achieved the remarkable coup of telling us something new about Lennon, by showing how and why he became so utterly devoted to an obscure Japanese artist named Yoko Ono. Because of her shrieking stage performances, I’d always imagined she was a rather hysterical personality. In fact, as this film revealed, she could be calm and endlessly patient.”
Christopher Stevens, Daily Mail