“The better story was going on in the boardroom, and the film missed it.” 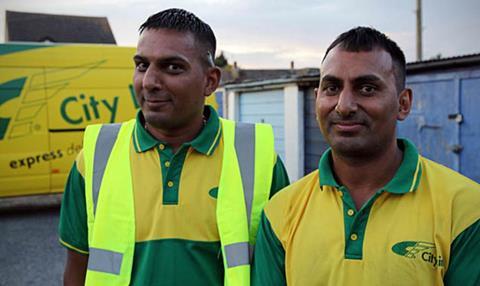 “This portrait of modern retail Britain was a bit like the parcel business itself. There was a lot of dashing about and not much pause for thought. The awful denouement merited much more.”
Jasper Rees, The Telegraph

“This was a shambolic, aimless, wasted hour of viewing. Director Arron Fellows took a look around City Link’s nationwide delivery operation, and showed as much understanding and insight as a school leaver on his first workplace visit.”
Christopher Stevens, Daily Mail

“The firm’s drivers did not really come up with the anecdotes the researchers must have hoped for. The documentary repeatedly went off track to talk to people with online ordering disorders. The better story was going on in the boardroom, and the film missed it.”
Andrew Billen, The Times

“The producers hastily tacked on an extra front and back section in which they mentioned the well-known firm going into administration and interviewed a few of the now-disgruntled people who’d previously been cheefully taking part in the programme. It added a chilly touch, not just to the ending but to the whole thing.”
Matt Baylis, Daily Express

“Next to C4’s Educating series, BBPS is as small as the school it records is large. It could teach bigger, flashier documentaries a lesson or two.”
Andrew Billen, The Times

“The camera crew wandered round with little plan, and this could have been another pitiful mess of a programme, if it hadn’t been for a seven-year-old called Erica who showed the instincts of a born journalist. She was a schoolyard Kate Adie — perhaps Erica should be making documentaries. She couldn’t do worse than BBC2.”
Christopher Stevens, Daily Mail

“Wisely, this programme goes for the humans in the thick of it, the kids sinking or swimming, the teachers giving their all under constant, ever-shifting pressures.”
Matt Baylis, Daily Express

“The first episode focused mainly on 10-year-old Lee and his teachers’ attempts to deal with the behavioural problems he has had since his mother died suddenly last year. As your heart broke, anger too flooded out. Where are the services to help him and his teachers with this?”
Lucy Mangan, The Guardian

Shakespeare’s Mother: The Secret Life of a Tudor Woman, BBC4

“If there wasn’t actually very much about Mary Arden herself in the programme, you could choose to call this a failure of titling rather than programme-making. It was another way of looking at an era that currently has us more than ever in its thrall, and it mapped the personal and political topography very well.”
Lucy Mangan, The Guardian

“Michael Wood’s work of dogged detection knitted together what is known about the woman who gave birth to the Bard. It would be nice not to be treated like a halfwit. Every bit of bad news for the mother of Shakespeare – death, or debt – cued up shots of Warwickshire being pelted by rain or snow.”
Jasper Rees, The Telegraph