TV Critics: Fostering and Me; Timeless; Alan Davies: As Yet Untitled

“This was an affecting, honest documentary bolstered by some sobering statistics.” 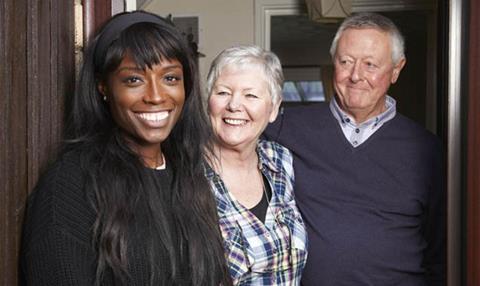 Fostering and Me With Lorraine Pascale, BBC2

“This was an affecting, honest documentary bolstered by some sobering statistics. But it was Pascale’s personal experience that brought home the truth of what it can be like to grow up within the care system.”
Sarah Rainey, The Telegraph

“The cupcake queen did the cause of childhood a service in this emotional programme and she did so without once showing us her tears — which was just as well, as everyone else shed theirs incontinently.”
Andrew Billen, The Times

“To a large extent this was about her own brave efforts to make peace with a troubled past. It was broader than that though, paying tribute to the notion of fostering itself.”
Matt Baylis, Daily Express

“The programme straddled a fine line between unnecessary prying and unnecessary obfuscation, but it managed it, like Pascale herself, with a certain quiet dignity.”
Tim Dowling, The Guardian

“While it did help to demystify the care system for prospective parents, this wasn’t an un-nuanced picture of angelic orphans and heroic carers. Pascale’s own story illustrated the devastating consequences of placements that break down.”
Ellen E Jones, The Independent

“Cara Delevingne might not be snapped up for the next blockbuster, but she was more striking and memorable than some other models-turned-actresses. Next time, though, it’d be nice to see her crack a smile.”
Sarah Rainey, The Telegraph

“Cara Delevingne and Sylvia Syms struck a real rapport in about 22 minutes but Tim Firth’s almost perfect plot suddenly turned daft on the massive unlikelihood of the dead airman turning up perfectly preserved in an Icelandic glacier 69 years on.”
Andrew Billen, The Times

Alan Davies: As Yet Untitled

“This bar-room-style show is brilliant, despite probably costing less than a pub round to produce.”
Ellen E Jones, The Independent