Billy Connolly’s Ultimate World Tour; This Is My Song

“There was a strangely valedictory feel, as if that ’ultimate’ was being used in its older, purer, sense of ‘last’.” 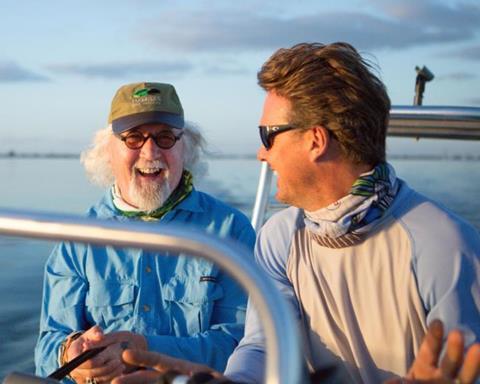 ”There was an unmistakably elegiac quality to the programme, underscored – wittingly or unwittingly – by the clips of shows from years past enshrining what has been lost… The contrast now between his unmoving face and endlessly expressive voice, forever on the verge of laughter, is hard to ignore.”
Lucy Mangan, The Guardian

“There was a strangely valedictory feel, as if that ‘ultimate’ was being used in its older, purer, sense of ’last’… Despite Parkinson’s disease, Connolly, still makes an entertaining companion. That said, his intention seemed not so much to amuse or show us the wonders of the world, as to pass on the wisdom that he’s gathered over the years.”
Gerard O’Donovan, The Daily Telegraph

”Connolly has packed a lot of living into his 76 years. I think this is the first time, however, that the comedian has ever left someone with tears in their eyes that were not due to laughter.”
Alison Rowat, The Herald

This Is My Song, BBC1

“With four discs to cut and stories to tell, this was a fragmented format that suffered from the lack of a presenter. It needed one figure, such as choirmaster Gareth Malone, to mentor and coach the singers before they reached the soundbooths.”
Christopher Stevens, Daily Mail