“It’s the twisted psychology that makes a noirish murder mystery so compelling, and Blood is dripping in it” 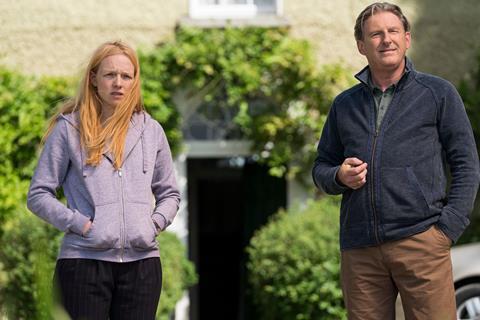 “It’s the twisted psychology that makes a noirish murder mystery so compelling, and Blood is dripping in it. The plot sometimes tips over into gothic melodrama, but you’d be mad to miss it: this is a thriller to watch with the gaslights turned down low.”
Christopher Stevens, Daily Mail

“At its best, Blood felt like the finest kind of crime novel, dank with secrets and sin. Channel 5 have a new episode every night this week and anyone who loves a dark (and often funny) story well-told should tune in.”
Sarah Hughes, The i

“The tone veers between long-faced gloom and folksy good cheer. As a Celtic village thriller, Blood doesn’t yet grip like, say, the oh-so-moreish Keeping Faith.”
Jasper Rees, The Telegraph

“Saverio Costanza’s take on Elena Ferrante’s My Brilliant Friend comes with an understated, solid confidence that suits its source material perfectly. Ferrante is credited as one of four writers on the show, so it is little wonder that it feels authentic, but this is a gorgeous TV show on its own merits.”
Rebecca Nicholson, The Guardian

“After some of the florid, kaleidoscopic TV series we have seen lately it felt like a detox, a visual Alka-Seltzer. But it also suffered at times from inertia, the same lack of urgency that frustrated me with the novel.”
Carol Midgley, The Times

“Atmospherically it felt like an authentic descendant of the films of Italy’s postwar neo-realism, a nuanced mulch of stoical poverty and extravagant emotionalism. Anyone who hasn’t encountered Ferrante’s story in the original (guilty) can already feel confident that something riveting is about to unfold.”
Jasper Rees, The Telegraph

“Have you ever seen a teenager as blessed with charisma and positivity as the racing driver Billy Monger? Inspiring is an overused word, but he absolutely is. That he raced again this year in a modified car and came third, making it to the podium, was astounding.”
Carol Midgley, The Times

“If Driven encourages one disabled driver to make it even a small way to the top, or for people to look harder at the trials faced by those less mobile than them, it will have made its point. But the narrative arc is so aggressively rigid that it feels more polished than alive. The atmosphere pulses with fortitude. It’s like a feelgood video from an award show.”
Cal Revely-Calder, The Telegraph