“The new, nine-part adaptation settles for being a silly, if action-packed and excellently-acted, chunk of escapism” 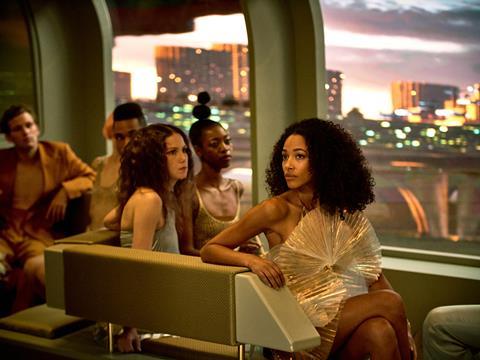 “Not since Game of Thrones have I seen so many nude scenes so happily, lavishly and gratuitously staged for our viewing pleasure while something of practically no import goes on in between or in the foreground. For this Brave New World has nothing to say. Which, given how ready our current reality is to outpace anything even the most masterful of storytellers, satirists or spinners of dystopian tales can dredge up from the darkest corners of their psyches is probably quite a sensible move.”
Lucy Mangan, The Guardian

“Huxley’s vision has been reduced to quaint, often cheap looking sci-fi and the suffocating dread he conjured with so chillingly is largely absent. Huxley’s novel was a warning against blind ideology and the numbing comforts of conformity. But much of that has been lost in the wash in the new, nine-part adaptation which in the main settles for being a silly, if action-packed and excellently-acted, chunk of escapism.”
Ed Power, The Telegraph

“The cast did their best with thinly drawn roles, and the graphics were impressive. But the show ultimately had the same drawback as the utopia it depicted: it was superficially attractive, but lacked political fire (there were no lessons about the way we live now) as well as human depth.”
Gwendolyn smith, The i

“I knew I was going to award five stars to the first episode of Michael Palin: Travels of a Lifetime, before it even began. I watched it twice, just for the joy of it. The voyage from Dubai to Bombay in a dhow, in the company of an Indian crew who barely spoke a word of English, remains the most wonderful piece of television.”
Anita Singh, The Telegraph

“His series overflowed with what is so often absent from the modern sleb travelogue: charm. I’m not sure that we needed the talking heads to confirm how seminal this series had been, but Simon Reeve nailed it when he said that Palin captured the truth that the sparks of interaction between humans are one of the purest joys of travel. There was more authenticity in one scene here than in the entirety of many modern travelogues.”
Carol Midgley, The Times

“Palin’s remembrance of journeys past for the BBC was a sweet affair, but also a niggling reminder of all the stories that never got told. Abroad thoughts from home are all very well, but I would have preferred to see him tracking down the man he met in Hong Kong who took his caged bird for a walk, or revisiting Shanghai, where, as in Dubai, in 1988 the skyscrapers were unbuilt.”
Stuart Jeffries, The Guardian

“An entertaining watch, but nostalgic recollections are no match for a living, breathing new show.”
Gwendolyn Smith, The i

“The scripted banter slumped. Topical zingers landed with a wet thump. And the Covid-secure space between the presenters echoed. It lent a curiously antagonistic feel to proceedings. Much better was this week’s challenge: spend 24 hours in a company car, in Bolton. Though a transparent attempt to woo Red Wall viewers, it was refreshing nonetheless to see the Bolton Wanderers stadium treated to the same swooning drone shots that in previous series would have lavished on the Riviera or the Taj Mahal.”
Alex Diggins, The Telegraph

“Maybe it’s because I’m a northerner, but I enjoyed watching this in its ordinariness more than any flashy, budget-burning foreign jaunt that always make me wince at the extravagance. Maybe it was the working-class vibe of seeing McGuinness’s old council house together with their schoolboy bum jokes (they do genuinely seem to find each other funny) that made it work.”
Carol Midgley, The Times

“This show is starting to mesh again after years in the pits. If they have the confidence to go their own way, instead of mimicking past triumphs, the show can live again.”
Christopher Stevens, Daily Mail

“The post-Clarkson era Top Gear is better, just because it’s undergone its Clarksonectomy, but the banter is feeble and the stuff the current trio get up to is not as consistently well-thought through and creative as it used to be. They’re still emulating Clarkson’s gang, as if they’ve got an inferiority complex.”
Sean O’Grady, The Independent