Extraordinary Escapes; Can’t Get You Out of My Head; Class Wars; Trump; Hypothetical

“Toksvig’s wry, understated delivery and the beautiful rural landscape were a soothing tonic” 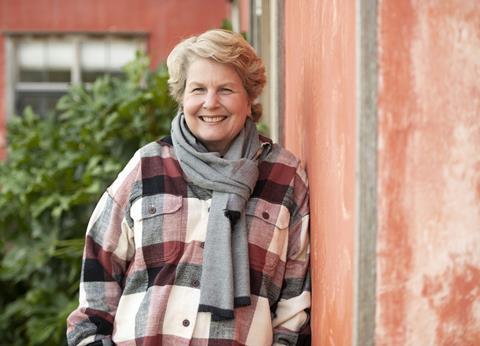 “Extraordinary Escapes with Sandi Toksvig was rather lovely. It had, and this is rare for travel documentaries these days, a gentle touch of class. It helped that it took place in Suffolk and not Las Vegas, of course, but Toksvig’s wry, understated delivery and the beautiful rural landscape were a soothing tonic.”
Carol Midgley, The Times

“Extraordinary Escapes expected us to accept the two friends were on a long weekend in Suffolk, staying overnight at a variety of eccentric boarding houses. I didn’t buy it for a minute. We saw the duo arrive at each holiday home and explore it. But there was no footage of them settling down for the evening, or bustling round next day. The destinations were well chosen. But the travel trivia was downright off-putting. It was all rather forced and grim.”
Christopher Stevens, Daily Mail

Can’t Get You Out of My Head, BBC iPlayer

“It’s brimming with ideas but those ideas are frequently contradictory. And yet, the tunes are thrilling, the montages and juxtapositions brimming with bleak wit. And you could listen to Adam Curtis silkily banging on about the capitalist spectres haunting the machinery of democracy all day. This may not have been his intention but Curtis has stitched together a wildly entertaining ghost train-ride of a documentary that is addictive even when it doesn’t make sense (which is often).”
Ed Power, The Telegraph

“McGarvey moved surefootedly through the webby mass of social signifiers, problems of intention and reception and more, creating a dense but accessible hour using a mixture of vox pops, further interviews and interrogation of his own movement up the social ladder. It was an hour that married granular detail with overarching theory and wide perspective. McGarvey’s intelligence and scabrous commentary held it firmly together.”
Lucy Mangan, The Guardian

Trump Takes On the World, BBC2

“Trump Takes On the World was a focused piece of television: a study of the president’s dealings with his European allies, featuring interviews with many of the people who were there. It took us beyond the news bulletins to tell us what really went on before those awkward press conferences with Theresa May, the macho handshake contests with Emmanuel Macron, the threats to pull out of Nato and the attempts to forge a special relationship with Vladimir Putin.”
Anita Singh, The Telegraph