“Quietly daring, profound and moving … went further in answering the question of why someone would pick up a gun than any single attempt I have seen.” 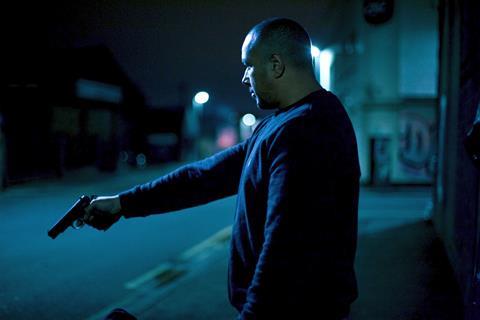 “Film-maker James Newton did a magisterial job of letting the desperate humanity come through without letting the film slide into sentimentality or cloying sympathy. This quietly daring, profound and moving film went further in answering the question of why someone would pick up a gun than any single attempt I have seen.”
Lucy Mangan, The Guardian

“There were no excuses; rather, context and explanation, offered with clarity and frankness by men deeply moved by the process. Sometimes the overstuffed format frustrated — just as the ex-cons started to open up, we cut to the next incident. But we were left in no doubt that these men were products of their environments, crippled by absent or dysfunctional parents, a lack of opportunity, a sense of powerlessness and low self-esteem.”
Gabriel Tate, The Times

“The ex-offenders’ insights into the lure of guns, the power they confer in criminal circles, and how their possession twists perception and emotion had a tangible credibility. But there were also moments when they lapsed into the decidedly creepy, and having these men recreate violent scenes felt both unnecessary and inappropriate.”
Gerard O’Donovan, The Telegraph

“I can’t help feeling that thousands of hard cases and petty crooks would be glad to commit murder if they thought the BBC might give them five minutes of uninterrupted boasting. In their eagerness to make Gun No 6 stand out from other documentaries, the producers don’t seem to have given a moment’s thought to this.”
Christopher Stevens, Daily Mail

“Occasionally the reconstructions, tightly edited to the same standards as a police drama by director James Newton, seemed in danger of buying into the surface glamour and adrenaline rush of the gunman’s lifestyle. But this was always swiftly undercut by the offenders’ testimony of the reality of such a life – paranoid, fearful and usually short.”
Jeff Robson, The i

”The Little Drummer Girl was slightly less than the sum of its parts — the director Park Chan-wook’s stylings veered from breathtaking to irritatingly self-indulgent, and Alexander Skarsgard had the look without the charisma — but when those parts were humming, it was sensational. For a thriller it was perhaps too light on thrills, but anyone berating the BBC for a lack of artistry or ambition should take a look at this and think again.”
Gabriel Tate, The Times

“This was a serious adaptation of a serious book, which proved that Le Carre at his best explores the dark-side of human nature as well as any ‘proper novelist.”
Jeff Robson, The i

“Two years in the making, this was a superb piece of filmmaking, offering much more than just the headline moments, with lots of detail too about the social hierarchy of these matriarchal animals and their threatened future.”
Gerard O’Donovan, The Telegraph

“This was nature red in tooth, claw, fur and giblets. Like all this series, it was gorgeously shot. The stand-out image might be an aerial view of the dog pack running in late afternoon — their slender bodies all but invisible from the air, but their shadows galloping over the ground like dark ghosts. It was all simply beautiful… until the next bout of visceral slaughter.”
Christopher Stevens, Daily Mail