“Like a lot of the European dramas featured in Channel 4’s Walter Presents strand, it is pleasantly bewildering.” 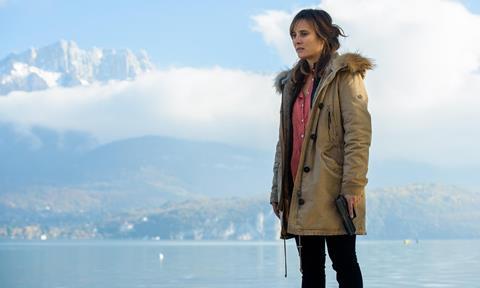 Killer By the Lake, Channel 4

“You didn’t need to have seen its predecessor, Vanished by the Lake to be seduced by Walter Presents’ latest French acquisition. Heavy handed? Perhaps – and this won’t be the first time murder has torn apart a bucolic, close-knit community. But Julie De Bona was quietly beguiling as Stocker, and Lannick Gautry inscrutable as her oleaginous policeman husband.”
Sarah Carson, The i

“Like a lot of the European dramas featured in Channel 4’s Walter Presents strand, it is pleasantly bewildering. If you still miss Spiral, this will provide some comfort.”
Tim Dowling, The Guardian

“Kevin McCloud took us through the long-list finalists and seemed in a remarkably playful mood, throwing books out of windows and comparing some homeowners to Johnny Rotten for rebelling against convention and cheesing off the neighbours. But some of the design quirks in some of the houses last night remained a mystery. Why, for instance, would anyone want a flat glass roof on which you can stand and look down on the bath directly below?”
Carol Midgley, The Times

“This was gawping-through-a-window television. What’s on display is not so much wealth – not every house here would bankrupt Croesus – but that other precious commodity: imagination. McCloud was a wry MC, knowingly over the top with his fills and asides. There was much to admire in this celebration of craft and creative intelligence.”
Jasper Rees, The Telegraph

“Much of the pleasure of Grand Designs lies in knowing you’ll never have to live in these houses. It’s fun, too, seeing how much Kevin loves them.”
Christopher Stevens, Daily Mail

“Dark Heart is one of those dramas that has all its bits in the right place, but I still can’t quite take to the whole. Will Wagstaffe’s character often feels too slight and detached to be a TV detective. However, the storyline about Paulo, Juliette’s scumbag Italian boyfriend, secretly hitting Harry is strong, sad and believable and I wish there were more of it.”
Carol Midgley, The Times

“In its defence it does not, unlike so many crime dramas, get its kicks from showing terrified women run for their lives from a male predator. Sofie seemed to do so but, hey, she was just hallucinating. Wagstaffe continued faintly to irritate, although it’s not his fault that the script feeds him duff expository dialogue.”
Jasper Rees, The Telegraph

“John Bridcut has created an emotionally engaged and thoughtful documentary about the Prince which never quite emerges as an intimate portrait. Certainly it tries. And yet always one feels that something is being held back. There is no mention of Diana; nor of Charles’s relationship with his siblings and his parents.”
Ben Lawrence, The Telegraph