The Accident; Prince Charles: Inside the Duchy of Cornwall; Daybreak

“This was bold, knotty drama, powered by a heart-wrenching performance from Sarah Lancashire” 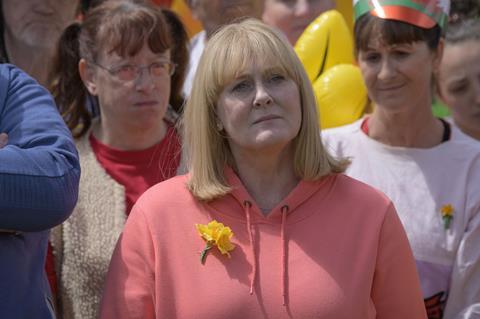 “The Accident is another magnificent example of Jack Thorne’s talent for taking a huge story containing multitudinous contemporary concerns and distilling them into emotive stories on a scale we can cope with, be compelled by, learn from.”
Lucy Mangan, The Guardian

“This was bold, knotty drama, powered by a heart-wrenching performance from Sarah Lancashire.”
Michael Hogan, The Telegraph

“The Accident proceeded exactly as TV law requires of disaster dramas. There was nothing exceptional to see here until two thirds of the way through when a domestic-violence scene between hairdresser Polly (Sarah Lancashire) and her husband, Iwan (Mark Lewis Jones), threw intrigue into the pot.”
Carol Midgley, The Times

“All this was powerful and upsetting. Whether it was credible, I’m not sure. But the emotional power of the story was undeniable.”
Christopher Stevens, Daily Mail

Prince Charles: Inside the Duchy of Cornwall, ITV

“What with all the angst and anger around over Brexit, it can be a relief to find the likes of Prince Charles: Inside the Duchy of Cornwall offering a sense of on-screen continuity. Despite half-chortled grumbles from tenants – an unusually happy bunch, it must be said – about rent rises, this was a film that was exclusively complimentary towards Charles’s stewardship of the Duchy.”
Gerard O’Donovan, The Telegraph

“Daybreak has nothing to add to the high-school canon – its take on teenagers’ inner lives is brutishly unsophisticated – so it throws as much cool stuff as it can in your face to distract you. Broken fourth walls, ironic slo-mo montages, characters observing storytelling tropes as they participate in them: every meta trick available is deployed to mask the show’s empty emotional core.”
Jack Seale, The Guardian