“Refreshingly direct and at least offered potential solutions, rather than the usual platitudes.” 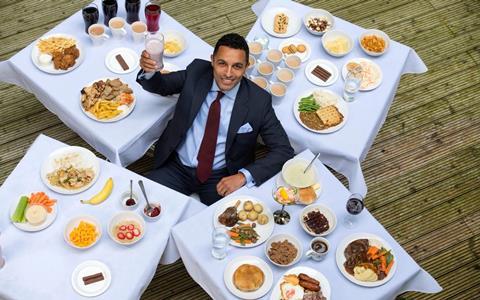 “Thankfully this was not grisly reality television, but a relatively sober and thoughtful documentary fronted by a crash diet sceptic, the telegenic Dr Javid Abdelmoneim. If you own shares in a company specialising in crash diets, I’d suggest booking that Caribbean cruise after all.”
Chris Bennion, The Times

“It was with a heavy heart that I approached the latest entry in this ever-expanding genre. To my surprise, it turned out to be tolerable – partly because it bucked against received wisdom, partly because it didn’t feature any crusading celebrity chefs finger-wagging at the public. This documentary was refreshingly direct and at least offered potential solutions, rather than the usual platitudes.”
Michael Hogan, The Telegraph

“There were tears and grumpiness at the start, but it was a mark of the maturity of the programme that it didn’t make a huge drama out the misery of the participants’ hunger.”
Tim Dowling, The Guardian

“The show had plenty of useful advice for dieters. Follow those rules, and you might not need the powdered shakes.”
Christopher Stevens, Daily Mail

“This was great news, tempered only a little by stuff they forgot to mention. What happens when you start eating again?”
Matt Baylis, Daily Express

“The problem that historian Bettany Hughes et al had was unearthing anything ‘new’. Last night’s grand unveiling hinged on two of Pompeii’s famous plaster-cast victims being taken to hospital for a CT scan. However, the conclusions would have excited only Pompeii completists. Still there was fun to be had under all that ash.”
Chris Bennion, The Times

“What the first CT scans revealed swept old theories away. [But] presenters Bettany Hughes and Raksha Dave didn’t make enough of these dramatic finds. The CT results were held back to the end of the hour, so that the discoveries were inevitably rushed.”
Christopher Stevens, Daily Mail

The Doctor Who Gave Up Drugs, BBC1

“In a sense it is a show more geared to confirming our prejudices than overturning them – who doesn’t think we’re over-medicating our children? – but its findings were no less shocking for that.”
Tim Dowling, The Guardian