“Full of stunning snowscapes and copious swearing, this was an enlightening, amusing jaunt” 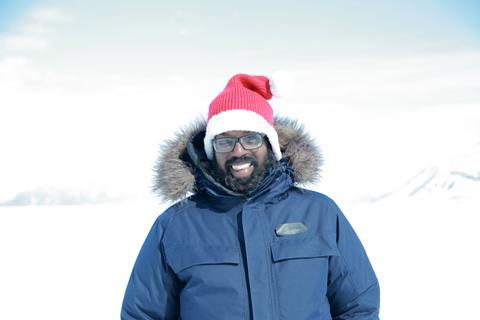 “Ranganathan, who is styled as a reluctant traveller blundering through countries, was very funny, almost entirely due to his perfected, deadpan lugubriousness. They travelled miles on the ice to see some animals, but found nothing, so retired miserably to a row of tiny tents, where the shared toilet was a bin bag.”
Carol Midgley, The Times

“Romesh and his potty-mouthed, sarcastic voiceover appeal to the sort of people who despise education — the type who think imagination, spirituality and history are things to be sneered at.”
Christopher Stevens, Daily Mail

“Full of stunning snowscapes and copious swearing, this was an enlightening, amusing jaunt.”
Michael Hogan, The Telegraph

“This is comfort television, undemanding and relaxing (for those without vertigo, at least), from the sweeping shots of Dartmoor to the simple candour of the chats with a man who seems very much as if he deserves all the good will directed towards him.”
Rebecca Nicholson, The Guardian

“With its bombastic music and Boy’s Own title card, this frequently felt like Alan Partridge’s fictional military-based game show “Skirmish”. Two middle-aged men in anoraks on a glorified hike. The fact that this was just about watchable was testament to Southgate’s self-deprecating charm.”
Michael Hogan, The Telegraph

“The football star’s account of how he came to miss that penalty against Germany in Euro 96 was so engrossing that they burned the meat. Gareth, you’re forgiven.”
Christopher Stevens, Daily Mail

“A pre-Christmas treat that went down deliciously and will have whetted appetites for the next series of MasterChef proper.”
Ed Power, The Telegraph