The Real Eastenders; The Happy Painter; The Rise of the Murdoch Dynasty; Amazing Hotels

“It was an unusual and rather touching film” 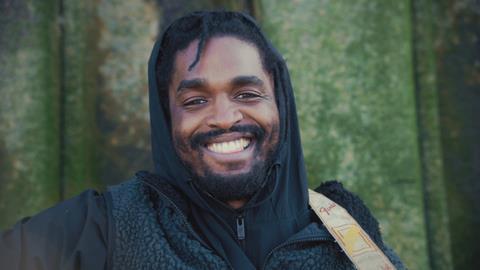 “Where this film triumphed was in its raw profiles of real rather than fantasy families. They included 12-year-old “Little Leslie”, whose dad (“Big Leslie”) has done time for drug offences. But Little Leslie still talked nonstop about what a “role model” his father is and their special “connection”; whenever Big Leslie told his son he loved him, Little Leslie’s refrain was: “I love you more.””
Ben Dowell, The Times

“The commentary was slightly too fond of salt-of-the-earth clichés (“family came first, you worked hard, then had a good old knees-up at the end of the week”), but Ashley Francis-Roy’s documentary displayed her very shrewd eye for character. It was an unusual and rather touching film.”
Adam Sweeting, The i

“This film flirted too often with tweeness, tended to lapse into hagiography, and there was obviously much we weren’t told about the relationship between Ross, his wife Jane and his business backer Annette Kowalski. Still, none of this could obscure Ross’s natural gifts as artist, teacher and stand-up philosopher. This wasn’t a great film, but it made you feel optimistic about human nature.”
Adam Sweeting, The i

“A born communicator who could create a cloud, pine tree or mountain snowscape with a simple swish of a palette knife, Ross lived in a world where there were no creative mistakes, “just happy accidents”, and he maintained his quiet, smiley demeanour through his share of lifetime tribulations, including divorce, money and health problems.”
Ben Dowell, The Times

The Rise of the Murdoch Dynasty, BBC2

“While this political drama [phone hacking] is no less gripping for being so familiar, it also feels strangely remote. On the one hand, it is hard to believe these events happened as long as a decade ago; on the other, it is difficult to recall the mood of a time when phone hacking was all we had to worry about. Even as you watch the Murdoch empire start to quake, you are reminded that it did not crumble. The News of the World closed – and was replaced. Rebekah Brooks resigned – and returned. The Leveson inquiry happened – but Leveson II was cancelled.”
Tim Dowling, The Guardian

“Giles and Monica were mucking around, as they usually do, like spoiled children on a school trip — constantly making jokes about cattle dung and toilet seats. The pair of them bring out the grumpy schoolmaster in me: ‘Do you two think you’re funny? I can tell you that you’re not.’”
Christopher Stevens, Daily Mail