“Will grip only if the hero transforms from wood to flesh” 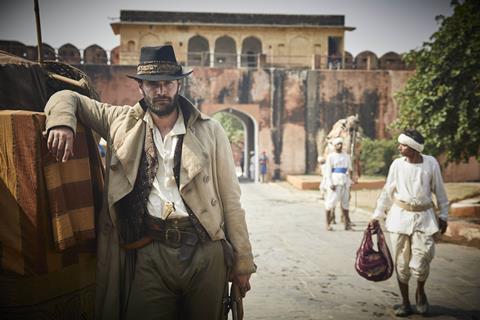 “It would all be a jolly romp, if writer and director Gurinder Chadha could resist the right-on urge to lambast the beastly British and their Empire every five minutes.”
Christopher Stevens, Daily Mail

“The dialogue is stilted, Bateman lacks the requisite charisma to convince as a Brooding Hero With A Past and there was a distinct lack of chemistry between him and Dakota Blue Richards.”
Jeff Robson, The i

“Beecham House is a feast for the eyes, but not always for the ears (I struggled to hear some of the dialogue), and a bit of costumed cheer on these wet, cold summer nights. [Tom] Bateman as Beecham has everything a Sunday-night hero needs: brooding good looks, saintly decency, hopeful women eyeing his britches greedily and an annoying tendency to stare silently when you just want him to answer the question”
Carol Midgley, The Times

“It is is splendid to look at, and its take on complex geopolitics is commendably ambitious. But Beecham House will grip only if the hero transforms from wood to flesh.”
Jasper Rees, The Telegraph

“It is a straightforward white saviour narrative, and unless having white characters who are as underdeveloped as the Indian ones is the equality dreamed of, it is hard to see how any progress has been achieved here at all. As a corrective to the tradition of period dramas that prioritise and do not sufficiently problematise the white colonial version of history, it is simply bizarre.”
Lucy Mangan, The Guardian

“The hackneyed script creaked like a rusty gate in a gale. Attempts at edgy un-PC humour came over as desperate. Putin’s accent, channelling the insurance ad meerkats, slipped a few times. Corporation execs came out of this bizarre embarrassment with less dignity than Putin himself.”
Michael Hogan, The Telegraph