“It is genuinely touching, as well as being funny, as men cocking up never fails to be.” 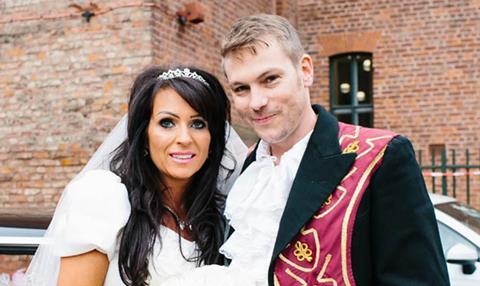 “Don’t Tell the Bride isn’t very serious television. The event it documents has been created for, and paid for by, television. But the people, and the feelings they have for each other, are real. It is genuinely touching, as well as being funny, as men cocking up never fails to be.”
Sam Wollaston, The Guardian

“As with last week’s episode, there was less jeopardy than has been seen previously, but the characters are warmer and less histrionic – despite the high stakes.”
Rob Leigh, The Independent

“Happily, although the couples are older, they are scarcely more mature. Stephen was trying to get his identity back. Nicki just felt he had not grown up, but you could say the same for her, what with girly dreams of arriving as Cinderella at a ball.”
Andrew Billen, The Times

“Don’t Tell The Bride is cruelty TV that has no place on a mainstream channel. You’d have to be a vindictive viewer to find any entertainment value in seeing a 40-year-old woman fight back tears of disappointment as she is confronted with a mini-skirt wedding dress that a stripper would be embarrassed to wear.”
Christopher Stevens, Daily Mail

“Don’t Tell The Bride is a protracted, personalised kind of torture, around a subject in which a lot of people invest a lot of time, hope and emotion. It also makes all women look like spoiled ninnies and all men look like morons.”
Matt Baylis, Daily Express

“The families were given space to tell their own stories and these needed no dramatising, with a simple score and sparse voiceover delivering the cold, hard facts.”
Sally Newall, The Independent

“This caring film was as much about stoical parents (and innocent siblings) putting a brave optimistic face on an immense burden of sorrow. It was sensitively shot by Alison Millar, while Christopher Eccleston narrated the grim facts with only faint traces of his trademark asperity.”
Jasper Rees, The Telegraph

“None of it, from the impenetrable Scottish accents down, was for me. As a slice of young male life it was perfect, however, for the audience of BBC3 (RIP).”
Andrew Billen, The Times

“Something was missing from this revival. It had no family appeal. At the ringside there were no pensioners banging their hands on the canvas, no children climbing on their dads’ shoulders for a better view. Instead, it was all aggressive young men, beer-sodden and spoiling for a punch-up.”
Christopher Stevens, Daily Mail

“It was, like the worst of the old Peter Sellers films, really just a device for lead man Kayvan Novak to exercise his range of accents and comedy voices. Given a soggy story, half-drowned dialogue and a character less substantial than a jellyfish, he flounders along with the rest of the outfit.”
Matt Baylis, Daily Express