“This was an evocative seat at the tyrant’s bedside.” 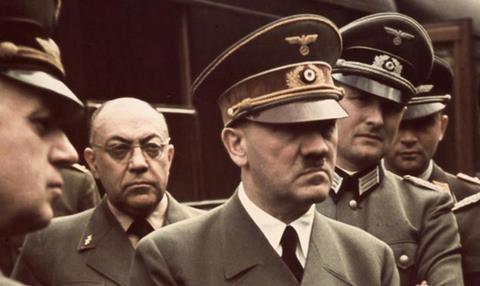 “Given what Dr Morell was putting into his patient, and that his close association coincided with Hitler’s quest for world domination, it makes you wonder how much this relatively unknown quack has to answer for. Worrying and fascinating, and worryingly fascinating.”
Sam Wollaston, The Guardian

“There were no neat conclusions to be drawn on Hitler’s unravelling, but this was an evocative seat at the tyrant’s bedside. Where the film fell short was on explaining the medical context: it wasn’t clear how Morell’s treatments varied from conventional medicine.”
Ceri Radford, The Telegraph

“The documentary presented fascinating evidence, with Morell’s detailed journal shown on British TV for the first time. By the end, Hitler could neither stand up nor sleep without massive drug doses. Morell was the one man who could have ended the war instantly, with a single lethal injection.”
Christopher Stevens, Daily Mail

“Has a soap storyline ever been dragged out like the Bates one in Downton Abbey? Hang him! Like he should’ve been hanged last time. No, not in the name of justice. But for the sake of the drama (or lack of it). To put an end to a dull storyline, and to end an even duller character.”
Sam Wollaston, The Guardian

“It must be state-the-obvious week, as everyone has congregated to tell each other what’s going on in their lives, regardless of whether or not the conversation sounds realistic. Maybe it’s the weather, but the ‘drama’ in the series so far has been something of a damp squib.”
Roisin O’Connor, The Independent

“Not Going Out breaks the received wisdom of sitcomery that humour should flow from character and casts should not simply swap one-liners. Yet on Friday’s episode every one-liner was funny and Sally Bretton as Lucy had almost as many as Mack. It is basically a stand-up routine divvied out between the players, but it’s a great routine and clean as a whistle.”
Andrew Billen, The Times

“Not Going Out returned for its seventh series with its aged formula of set-up-gag, set-up-gag apparently running out of steam. Covering up the stock scenarios and ropey acting with sheer density of gags simply isn’t enough any more.”
Gabriel Tate, The Telegraph