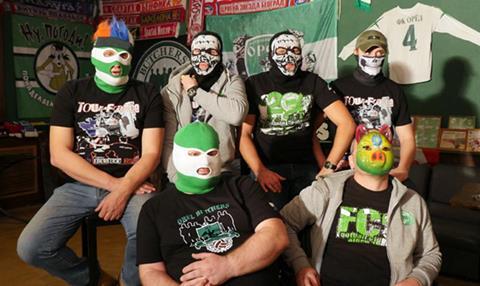 “It was an appalled and appalling look at what disaffected men will do to themselves and each other with only the slightest encouragement, or perhaps only lack of discouragement. Add in the knowledge that Putin has just decriminalised domestic violence and it was a vision bleaker than a Siberian winter.”
Lucy Mangan, The Guardian

“We got so close to these men’s mentality that I had to keep reminding myself to be shocked by the violence. We’ll just have to see whether this tiger that Putin has bred will remain out of town for the 2018 World Cup, located, with Uefa’s usual impeccable judgement, in Russia.”
Andrew Billen, The Times

“Russia’s Hooligan Army made for truly terrifying viewing. It would be interesting to see a special edition of Gogglebox with English hooligans watching on the sofa.”
Jasper Rees, The Telegraph

“As the Irish widower Jack, Ardal O’Hanlon proved something of a joy, sweeter than the sugar-saturated tea he drank but, happily, sharper than his dress sense. Death in Paradise is a rare programme: every time its lead is replaced it gets better.”
Andrew Billen, The Times

“Ardal has a hard act to follow. Kris Marshall, as DI Humphrey Goodman, often played the buffoon, but he had hidden depths. As DI Jack Mooney, Ardal has irritating habits, which isn’t the same thing.”
Christopher Stevens, Daily Mail

“The start of a new series of The Great British Benefits Handout was like a warm bath. Run a hot tap of high concept, tip in a capful of light exploitation and lower yourself gently into their stories.”
Lucy Mangan, The Guardian

“With great skill, Sir Trevor nursed answers from these wary women. Often he did no more than repeat their evasive phrases, prompting them to elaborate. It was highly effective.”
Christopher Stevens, Daily Mail