“The opener was surprisingly limp, until the fire itself showed up.” 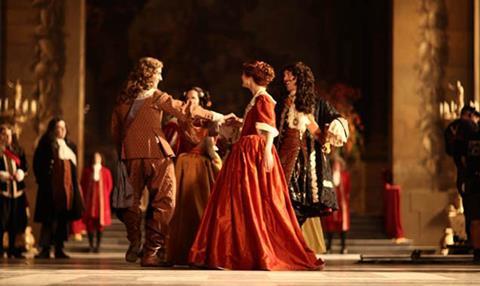 “The Great Fire extends what is essentially a run-of-the-(flour)-mill period drama into a romance, a spy thriller, a disaster flick, a political fable and the Great British Bake Off gone horrifically wrong. Still, despite this combustible combination, the opener was surprisingly limp, until the fire itself showed up.”
Rebecca Nicholson, The Guardian

“We may have been impatient that it took 25 minutes for the danger to manifest itself in conflagration, but everywhere in that first half-hour there was a smoky whiff of combustibility, political, financial or sexual.”
Andrew Billen The Times

“Weaving genuine accounts of the Great Fire of London with fictional goings-on from the pen of novelist and broadcaster Tom Bradby, the result is a sort of 17th-century EastEnders that burns exceedingly brightly. All in all I’d say The Great Fire is pretty hot.”
Matt Baylis, Daily Express

“Pudding Lane baker Thomas Farriner (Andrew Buchan) and his sister-in-law Sarah (Downton Abbey’s Rose Leslie) spoke as though they were auditioning for a Restoration version of EastEnders: walking, talking, salt-of-the-earth clichés. Despite its large cast of characters this drama rarely fizzled.”
Sameer Rahim, The Telegraph

“The Great Fire skilfully interweaves real historical characters with fictional additions to create a cross-section of Restoration London. From the lowly Pudding Lane bakery where it all started, to the Seething Lane residence of diarist Samuel Pepys and the court of King Charles II himself, all of London is here.”
Ellen E Jones, The Independent

“By the time baker Thomas Farriner discovered his premises were ablaze, fire was the least of his worries. His brother was missing and presumed dead, his sister-in-law was being blackmailed by the King’s spymaster and, even before the fire, his business was facing bankruptcy. The real history of the Great Fire should have been drama enough.”
Christopher Stevens, Daily Mail

“The Knick has loads of cash behind it, and Steven Soderbergh directing it, and Clive Owen starring in it, so little wonder it dazzles, visually, at least. It’s not pacey, and there’s a sense that Owen still needs to find his feet. But it looks stunning, is deliciously gory, and oozes quality.”
Rebecca Nicholson, The Guardian

“All 10 episodes of the series have been directed by Steven Soderbergh and his Oscar-winning eye tells in a detailed, but never finicky, evocation of the past.”
Ellen E Jones, The Independent

“The opener is handsomely shot with a hand-held, digital camera, which gives it a surprisingly contemporary feel. Great direction does not necessarily a great series make, however. At times it veered dangerously close to dull.”
Patrick Smith, The Telegraph

“Owen plays Thackery by ripping off Ian McShane’s performance as the saloon owner in Deadwood. The supporting characters are equally unsurprising. We don’t care about them so we don’t care about The Knick either.”
Andrew Billen, The Times

“This sweet sitcom started slowly but by episode three had grown in confidence. Like The Office, in which Mackenzie Crook played the hapless Gareth, this bittersweet comedy was enlivened by broad humour.”
Sameer Rahim, The Telegraph

“On the face of things it’s just a sitcom about nerdy metal-detector enthusiasts but the acting talents of Mackenzie Crook and Toby Jones transform it from a mere giggle about geeks into a saga of lost souls who are searching for something they’re never going to find.”
Matt Baylis, Daily Express