“An informative, thoroughly- researched and perhaps even too data-dense film” 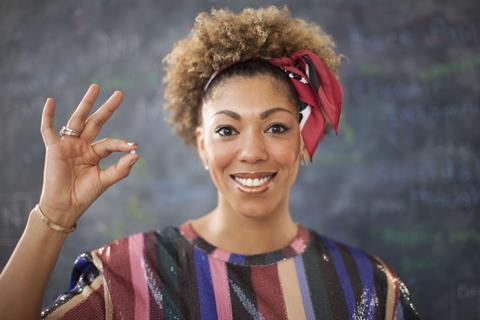 The Contraceptive Pill: How Safe Is It?, BBC2

“The interplay of a historically male-dominated medical profession and women’s health provides fuel enough for a thousand programmes. But last night’s did a huge amount, thanks to well-chosen experts and a presenter with the gift of engaging without getting in the way, in a perfectly pitched hour to explain issues, instil knowledge and empower viewers.”
Lucy Mangan, The Guardian

“Dr Zoe Williams is really quite good at spelling out statistics clearly without going round the houses. I enjoyed the brisk, efficient vibe of this programme and the women’s eye-roll when it was noted that tests for an injectable ‘male Pill’ were stopped because men experienced mood changes and acne.”
Carol Midgley, The Times

“Horizon’s investigation into the contraceptive pill was balanced, well-researched and backed by statistics. Unfortunately, that didn’t make for thrilling television – more like a leaflet from the GP’s surgery spun into an hour of BBC prime time.”
Anita Singh, The Telegraph

“This was an informative, thoroughly-researched and perhaps even too data-dense film, that debunked myths and instructively identified what women taking the pill should be encouraged to monitor in their bodies. We can only hope for more in-depth mainstream programmes about women’s health in future.”
Sarah Carson, The i

“Stella O’Malley is a brave woman for making Trans Kids: It’s Time to Talk. Some of the transgender community, she says, wishes she ‘didn’t exist’ because as a child she wanted to be a boy — but changed her mind. To say this on TV in the present climate feels like marching into a minefield wearing very large shoes. If this documentary had a flaw it is that it felt one-sided.”
Carol Midgley, The Times

“Her argument was based on her experience: she grew out of wanting a sex change, ergo other children may do the same – a view likely to infuriate trans activists. Nevertheless, she approached the subject with compassion.”
Anita Singh, The Telegraph

“These issues were raised, with a very different spin, by last month’s ITV drama Butterfly. That story, of an 11-year-old boy determined to be treated as female, depicted anyone who objected as a Neanderthal bigot, bully or wife-beater. It’s a pity this documentary didn’t come sooner to counterbalance Butterfly. It’s a shame, too, that it didn’t include any calm debate between trans activists and dissenters: instead, we saw a series of one-sided arguments.”
Christopher Stevens, Daily Mail

“Other documentaries on this subject have tended to show the benefits of early transition for people’s happiness and feelings of acceptance. While attempting to examine another side, without enough advocates for either argument, this didn’t feel as balanced as it should have, for a topic that can leave people feeling as if their very right to exist is up for debate.”
Sarah Carson, The i