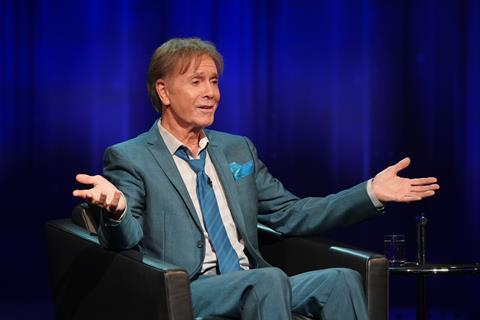 “A show that was peppered with effusive tributes from showbiz friends and contained a moving section on how Cliff Richard was traumatised by a false allegation of historical sexual assault. There was little about his private life at present. Possibly it was a no-go area, which seems fair enough.”
Carol Midgley, The Times

“What viewers really wanted was the juicy stuff. Although Sir Cliff was candid about the toll taken by the abuse case, he didn’t discuss the actual allegations. Morgan prodded him to criticise the BBC for its sensationalist coverage. He didn’t take the bait. It was another damp squib in a disappointingly soft soapy hour.”
Michael Hogan, The Telegraph

“I doubt revered playwright David Hare was aiming to write a so-bad-it’s-good drama but with Roadkill, that’s exactly what he’s delivered. Its hokey script was salvaged by the superb cast, led by Hugh Laurie as the slippery anti-hero and Helen McCrory as the flinty Prime Minister. Roadkill is errant nonsense but gripping all the same.”
Michael Hogan, The Telegraph

“Roadkill is a disappointment. In its second week, lumpen dialogue squandered Laurie’s charismatic performance as a populist MP. His confrontation with prime minister Helen McCrory, which should have been a highlight, turned into an excruciating undergraduate debate about prison reform.”
Christopher Stevens, Daily Mail

“It still had sledgehammer expositional dialogue and signature teaching moments. Yet the complex characterisation of Peter Laurence, played brilliantly by Laurie, is enough to keep me watching.”
Carol Midgley, The Times

“Laurie once again sold this silliness with light touch and steely soul. Unfortunately, there was also Charmian Pepper (Sarah Greene). No one gets journalism right on screen, but even so she was quite something. Perhaps it was just bad writing. Either way, it undermined the fundamental seriousness of Hare’s intent. But I’ll be rubbernecking this state-of-the-nation pieceall the way to the end.”
Gabriel Tate, The i

“It was enthrallingly written and sensitively acted by a familiar, predominantly Danish ensemble. The whole thing was drenched in guilt and trauma, but then the creator Torleif Hoppe did write on both The Killing and The Bridge. DNA isn’t joining those two on the pantheon – or not yet, anyway. But it’s off to a very strong start.”
Gabriel Tate, The i

“It stars half the cast from Denmark’s outstanding crime serial The Killing but lacks all the layered cleverness of its predecessor.”
Christopher Stevens, Daily Mail

“This is standard survival-show fare. The contestants are kept hungry, so they argue about how hungry they are. The actual task of bridge-building appears to be so repetitive that it is barely shown on screen. Instead, they bicker and bicker. There are some moments of loveliness. But for the most part, The Bridge continues to be a big ask. Most of the contestants are pleasant enough, some are even nice, but as a concept, it is not different enough to justify much interest.”
Rebecca Nicholson, The Guardian