“The first episode has done enough to suggest a decent midweek shaggy-dog story for back-to-school season.” 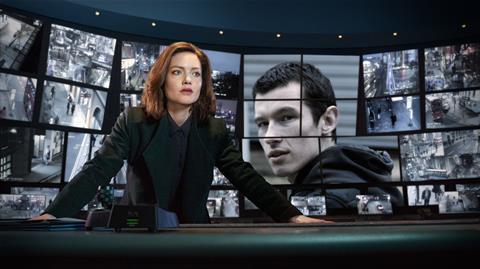 “It was pleasing the way that the thought-provoking big ideas about our surveillance culture were subsumed into a narrative that arrived at its cliffhanger ending leaving seven days feeling like much too long till the next episode. The Capture isn’t the first drama to make images its primary currency but it feels like a good time to revisit it.”
Chris Harvey, The Telegraph

“The first episode has done enough to suggest a decent midweek shaggy-dog story for back-to-school season. Just don’t get paranoid as you start to notice those CCTV cameras — watching you, here, there, everywhere.”
James Jackson, The Times

“The audacity of the swindle suggests that the next five weeks will take us on an increasingly hallucinatory-feeling but frighteningly realistic (or possibly a realistic-seeming load of hallucinatory bobbins) deep dive into the world of the intelligence services and their increasingly elastic powers.”
Lucy Mangan, The Guardian

“The Capture has been described as this year’s Bodyguard and, like that political thriller, it has some annoying clichés. I do hope it avoids Bodyguard’s fate of starting as a cracking watch and then descending to scarcely believable fantasy.”
Veronica Lee, The i

“Last week Dr Javid Abdelmoneim was getting stoned on BBC1 in the name of dubious science. This show had fewer scientific pretensions, though it did make a half-hearted attempt to find out whether getting high could ease the pain of multiple sclerosis. Mostly, it was just couples trying weed for the first time together and having a heart-to-heart, while the cafe staff eavesdropped. First Dates On Dope, in other words.”
Christopher Stevens, Daily Mail

“The jaunty music and lack of scientific context suggested that it was essentially a voyeuristic exercise where we watched normally uptight Brits getting giggly and having the munchies. There were occasional funny moments. In a serious documentary these vignettes would have prompted some informed and insightful discussion about drug use. Not here, though, in what is a rather pointless programme.”
Veronica Lee, The i