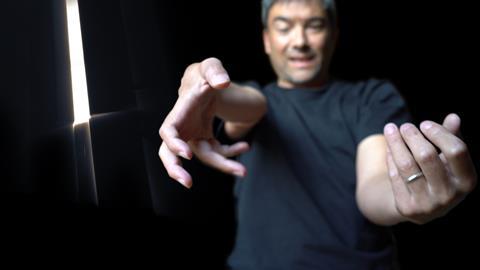 Suffering from progressive illness multifocal motor neuropathy himself, director Xavier Alford embarked on a quest to finding out more about this disorder and others similar by interviewing those with them and their families.

The role of the director’s family (including a reticent wife who is unwilling to appear), the role reversal between contributor and director, and the use of personal archive and video diaries combined to create an “authentic, moving and painfully honest” documentary, according to one Broadcast judge.

The BBC4 Storyville doc was described by another judge as a film showing incredible “depth, rawness and honesty” from the filmmaker.

Exceptional editing from Colette Hodges gave the film a unique character, taking references from vampire movies and using techniques from drama to cut actuality footage. Soundscapes, double-exposed imagery, subtle use of graphics and visual metaphors brought to life some of the intangible aspects of the illnesses depicted.

Meanwhile, accessing patients and families in huge personal turmoil, producer Poppy Goodheart ensured the highest level of ethical and professional production values were maintained throughout filming. The film took a thin slice of life and made it resonate to anyone who has ever been affected by illness, in particular the one in seven Britons affected by chronic conditions.

Since airing, the production team has received hundreds of personal messages from people touched and affected by issues raised in the film.

Three years of negotiation with the Iranian government, extreme flash floods and a drone war in the Persian Gulf wasn’t enough to thwart the dedicated production team behind this low-budget art series. Broadcaster and journalist Samira Ahmed’s cultural journey through Iran was the most watched arts series on BBC Four in two years, with its first episode consolidating to 1m viewers.

Catch Her If You Can
BBC Original Journalism Unit for BBC3

Based on female con artist Mariam Mola, this was the best performing single documentary in the entire BBC portfolio during the fourth quarter of 2020. Surpassing 1m requests on iPlayer, it was only outperformed by programmes featuring David Attenborough and Oscar Pistorius over the whole year. This was all the more remarkable considering its tiny budget and the fact there was no marketing budget, reviews or publicity – with success purely driven by social media and word of mouth.

Producer/director Josh Allott’s close relationship with presenter Roman Kemp helped build a raw and much-needed insight into the mental health struggles of young men. Allott was also able to create a pivotal relationship with the family of Joe Lyons, Kemp’s best friend, who committed suicide in 2020. Viewing figures hit 2.6 million after 30 days, making it was one of the highest rating BBC Three titles of the year.

With no presenter, nor Western archaeologists intervening to interpret the findings, this was a rare documentary that followed an entirely Egyptian archaeological team excavating their own history. Following the once in a generation discovery and excavation of a 4,400-year old tomb, this film become one of Netflix’s most successful films, reaching over 22 million households in the first four weeks.