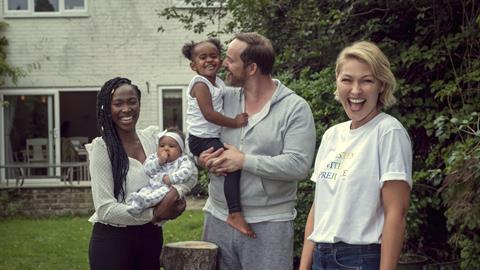 The Broadcast judges were united in agreement that Emma Willis: Delivering Babies was a deserving winner. One went as far as saying that in years to come, it would be looked back on as one of the shows that explained how we coped and managed during the Covid-19 crisis. Another added that it was a huge achievement for the production team to gain access to both contributors and maternity wards during a global pandemic.

Numerous judges praised Willis’ presenting style, with one noting that her “warmth shone through even though she was remote”, adding: “She didn’t feel removed at all and was thoroughly engaging and empathetic right from the initial meetings on Zoom to the final face to face.”

With hospital access no longer an option, parents-to-be from all over the UK worked closely with the producers to film their own pregnancies and births on mobile phones and handheld cameras, to give viewers a first-person insight into their experiences. The series averaged 148,000 over its four TXs, tripling its slot average, with total consumption boosted to 347,000 to peak at 418,000 for the first episode.

One judge joked that this series was ’” real lockdown show that delivered – no pun intended”, whilst another added that it was “important and uplifting” and featured a “great cast and fantastic production values”.

The biggest ever live life drawing class saw 26,000 drawings uploaded by artists around the UK in under two hours. Josie d’Arby was joined by experts Lachlan Goudie and Diana Ali to share their passion and knowledge and pose cam was available on the BBC Arts page and via the Red Button, which resulted in 180,000 people viewing and a rate retention rate of 87%.

One judge praised the show for its production, great ideas, fast pace and the fact that it didn’t feel like a lockdown show.

My Mate’s a Muslim
Gold Wala for BBC3

With the entire production taking place remotely, the film enlisted two high profile young Muslims – rapper Krept (from The Rap Game) and popular vlogger Rumena – to explore what Ramadan means and what it was like under lockdown. The pair challenged their non-Muslim mates to join in fasting and learn about Ramadan, with all the highs and lows of not eating or drinking from sunrise to sunset for the first time filmed.

My Place on Earth
BBC Studios: The National History Unit for BBC Earth

In this series, the NHU profiled a variety of species and habitats that animal lovers from around the world have on their doorsteps. From flamingos in Mumbai, to hummingbirds on balconies in Sao Paolo, My Place on Earth delivered as-live conversations between animal expert Hannah Stitfall and a host of diverse experts. Shot remotely, the series utilised the producer’s unparalleled research skills to uncover natural history stories.

Writer Damian Barr brought surprising revelations from his guests, who included some of the biggest names in fiction, non-fiction and poetry in this BBC Scotland show. In series two, these included Val McDermid, Neil Gaiman, Andrew O’Hagan and Richard Osman.

The production team worked actively to promote inclusivity, inviting writers such as Juno Dawson to discuss her book on transitioning and Lemn Sissay on his experience of growing up in care.

Filmed in the pandemic, Kerridge and Blink team bounced back from endless setbacks to deliver tantalising recipes from the renowned chef. From forming bubbles, to filming in the garden of the executive producer, the all-female production management team undertook numerous steps to ensure safe working conditions.

Diversity was also made a priority, with recruitment going through a diversity team that checked no biases based on gender, ethnicity, disabilities and sexuality were present.