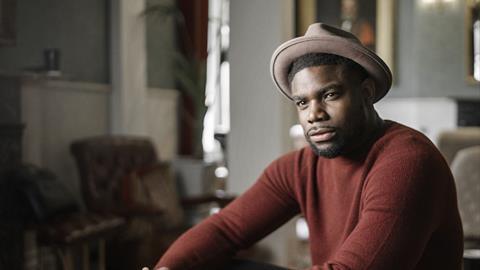 Launched in May 2020 at the height of the pandemic, Sky Documentaries kicked off with 100 on-demand titles from the UK and worldwide marketplace. Many of these had been picked up directly from the festival circuit immediately before the lockdown restrictions hit.

Two highly-talked about series came from US giants HBO and Hulu – McMillion$ and Hillary, respectively – both of which were recognised in 2020 Primetime Emmy Awards categories. The impactful Framing Britney Spears was another highly talked-about acquisition.

These docs were followed with a raft of UK original content commissioned by director of factual Poppy Dixon, including Tackling Racism, an in-depth look at racism in sport fronted by Micah Richards and a documentary following the legendary singer Tina Turner.

The Broadcast judges were impressed with how the new channel had hit the ground running. “It has strategically acquired must-see docs and bolstered it with originals that are in line with a punchy vision,” one judge said. Another added that a confident launch had ensured that the channel quickly became part of the national conversation.

New titles such as Darcey Bussell’s Wild Coasts of Scotland and Billion Pound Cruises helped to drive More 4 to record audiences in 2020. The channel grew all individual share by 7% year-on-year and ABC1 audiences by 8%, despite operating under financial constraints and Covid restrictions. Hugh Dennis and a team of archaeologists explored the UK’s flowerbeds in The Great British Dig: History in Your Garden, which became More 4’s best one-off in five years, leading to a series commission.

With History co-branded as Sky History in May 2020, the channel continued to showcase the best non-fiction content from the US, combined with major home-grown talent. William Shatner’s The UnXplained headlined the channel’s all-new ‘Mystery Season’, and in the wake of George Floyd’s murder, the channel explored issues of race and equality with Black History Month content. The second quarter of 2020 and first of 2021 were Sky History’s second and third best three-month periods since 2014.

During a challenging year, Yesterday saw its average monthly ratings increase by 4% year-on-year. This was driven by shows like The Architecture the Railways Built, which secured the channel over 500,000 viewers. Catering to lovers of classic cars, Bangers and Cash became the highest performing show ever on the channel, drawing an audience of 519,000 for the final episode of the 10-part production.