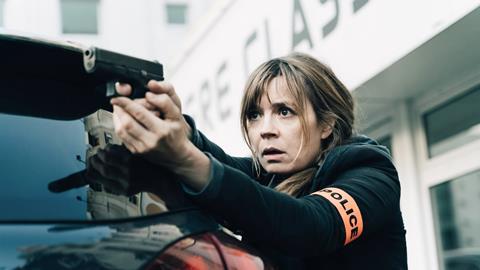 ‘It is impactful, has done amazingly to raise the profile of BBC4 and many shows that have come later have imitated its style’

Now into its eighth and final series, this lauded French crime procedural continued to improve the “performance, profile and credibility of BBC4 within its target market”, according to one particularly effusive judge.

Alexander Clert and Guy-Patrick Sainderichin’s long-running series has been airing on BBC4 for the majority of its existence and continued to wow critics and pull in the viewers for its final run.

Continuing to follow the work of police officers in Paris, the eighth series followed Lucie Bourdieu attempting to take over from retired magistrate Roban, leading to tense scenes in Paris’s Batignolles district. One judge said the 10-parter “delivers on all the judging criteria”, adding: “It is impactful, has done amazingly to raise the profile of BBC4 and many shows that have come later have imitated its style”.

Another concurred and pointed to the “impact Spiral has had in bringing this kind of content to UK screens”.

Ratings-wise, the show is BBC4’s biggest drama of the year so far, and attracted a fresh set of viewers on iPlayer after being dropped on the service following first-episode TX.

All the recognition is a fitting conclusion to a fine foreign-language offering that set the bar so high, arguably paving the way for hit acquisitions such as The Killing, The Bridge and Wallander, which have defined BBC4 as the channel it is today.

The success of the UK original of this world-renowned format led to a string of acquisitions for adaptations and, as with the UK version, Canada’s Drag Race brought a cheeky yet emotive vibe that resonates with the core fanbase. With contestants put through their paces in a range of challenges, viewers got to see the queens share their personal struggles, success and celebrate talent in all its forms.

Hip Hop: The Songs that Shook America
AMC for BBC4

One of a trio of BBC4 buys to make this year’s list, the series used the best hip-hop songs as a jumping off point to explore the wider stories of the artists involved. The ambition and scale of the show was reflected in the range of tunes chosen, and with Run-DMC, Marley Marl and Queen Latifah, they were always on to a winner.

Game of Thrones star Kristofer Hivju had been developing this identity-switch drama long before he gained worldwide acclaim as formidable warrior Tormund Giantsbane in the Sky Atlantic epic. This bold story about identical twins resonated hugely with the BBC4 audience – a man pretending to be his murdered twin brother was always going to make for compelling viewing.

We Are Who We Are
HBO/Sky with The Apartment, Wildside and Small Forward for BBC3

Oscar-nominated Call Me By Your Name creator Luca Guadagnino was brought to the BBC for the first time via this critically-acclaimed coming-of-age story, which is set on a US military base in Italy. The beautifully assembled eight-part series was an excellent addition to BBC iPlayer’s international drama offer and explored a range of themes that fit within the youth-skewing channel’s sweet spot.

Why Women Kill
CBS Studios and Imagine Television for Alibi

Detailing the lives of three women living in three very different decades and dealing with infidelity in their marriages, this darkly comic tale perfectly complemented the UKTV channel’s drama range. Desperate Housewives creator Marc Cherry teamed with an all-star cast to create a show that weaves and jumps between a trio of narrative threads to keep viewers on the edge of their seats.