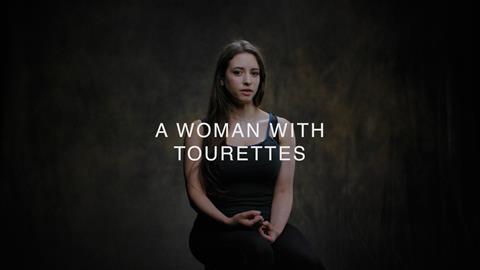 ‘The perfect interview series for the digital age’

Praised by the judges for its “great subjects” and “unfussy execution”, LADbible TV’s Minutes With series highlighted a range of characters from all walks of life, from one person born with Treacher Collins Syndrome to another born intersex, through to celebrities such as Emily Atack and Labour leader Sir Keir Starmer.

Although a familiar interview format, the judges liked how the show maintained its simplicity, whilst being considerate and sensitive – steering away from clickbait and towards a more considered tone.

The format also introduced long-form content to the LADbible TV’s online audience and created a regular audience who returned each week to the digital content. It helped change perceptions of the LADbible group, positioning it as a forum for serious interviews on complex topics.

One episode in particular exemplified the format’s reach and the new direction for LADbible. A profile of a sniper struggling with PTSD rallied the series audience to raise over £10,000 for the contributor to open his own PTSD support school.

In total, the series reached an audience of over 1m an episode on YouTube alone and brought in over 600,000 new subscribers on the platform. Clocking up over 45 released episodes with more coming, the LADstudios team has turned around content quickly and effectively, creating “the perfect interview series for the digital age”, as one judge saw it. “It was a clear, outstanding winner,” added another.

Coming from an in-house team of black creators, this MTV format aimed to amplify the conversation surrounding the Black Lives Matter movement. Filmed remotely, the show made a statement regarding MTV’s support of the BLM movement. Thus far it has reached over 26.3m people across the series.

Starring an all-lesbian on screen cast as well as being produced, written and directed by lesbian women, this Random Acts programme balanced poetry, painting and film to highlight the lesbian experience and reclaim the word. Rosemary Baker’s piece clocked up 500 views in a single day, and was viewed by 10,000 people in total.

“Fun, irreverent and charmingly low-fi” were the words used to describe Pete and Sam’s Reality News by one judge. The comedy entertainment series from self-confessed Z-listers Pete Wicks and Sam Thompson attracted a global audience, whilst also giving a platform to upcoming British talent. The series is also the highest performing series on the E4 YouTube channel.

A celebration of queer culture, Served! With Jade Thirwall garnered 800,000 average viewers per episode to become MTV UK’s third best performing short-form series of 2020. The series was filmed during lockdown and designed with remote production in mind, featuring drag queens, cocktails and cooking.

Part of a series from young adult streaming service Pulped, Your Wi-Fi Router imagined what our wi-fi boxes really think of us. Conceptualised to be produced during the lockdown and featuring a performance from up-and-coming comedy talent Katia Kvinge, the show garnered more than 570,000 views on YouTube.