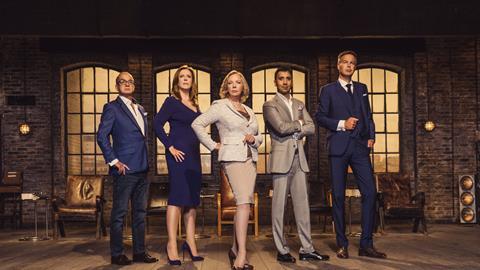 The moment the formats guru saw a ropey trailer for the Japanese business format, he knew it was a hit

I often wonder when I watch Dragons’ Den whether any of the dragons up there on the screen would invest in a format about people pitching business ideas to multimillionaire entrepreneurs.

I’m not convinced, given that the odds of finding yourself in possession of a global TV sensation are about the same as winning the lottery, but who knows? What I do know is that I’m grateful that Sony – in the shape of Paul Gilbert – had the cojones to back my judgement 18 years ago.

The first thing to say is that the showbiz trope of a deal being done on a cocktail napkin is true. The second thing is that one deal really can change your life. I know, because it happened to me in Cannes in 2002.

Sony Pictures Television International relocated me to London in 2001 under the pretense of upping our game in formats, which was still an embryonic industry. In reality, it was because my boss, Paul Gilbert, was tired of listening to Elton John at full volume in the next-door office.

Before heading out to Cannes for MipTV 2002, I set up my first meeting with Nippon TV’s sales chief at the time, Yoko Takashima, with the idea of selling her some Sony formats.

If I’d done my homework, I’d have known that Sony’s shows were far too vanilla for Japan, which had been setting game-show contestants on fire for a good 20 years by that point.

Yoko and I duly met up at the NTV stand and she listened with impeccable Japanese politeness while I ran through our latest, greatest formats, but I could tell that the likes of Blind Date, Best Friends and Pyramid weren’t doing it for her, so I asked her a question – did NTV have any formats that Sony should review? – and, fortunately, listened to her answer.

Yes, Yoko said – NTV had just launched a show called Tigers of Money in its late-night experimental slot and would I like to see the trailer? With impeccable American politeness, I said I’d be delighted.

I hope Yoko will forgive me for saying it was a terrible trailer. It had been shot in one of NTV’s conference rooms under harsh fluorescent lighting. The ‘tigers’ – an eclectic mix of scary Japanese businessmen – sat behind briefcases stuffed with yen, looking more like medieval moneylenders than modern-day business angels.

The contestants looked frankly petrified. Even so, it was clear to me in a heartbeat that this was one of those rarest of beasts: the perfect format.

I was flabbergasted. I ran back to the Sony booth, grabbed Paul and babbled incoherently. He’s since confessed he thought I’d forgotten my medication but, to his eternal credit, he told me to follow my instincts.

“I grabbed a cocktail napkin and we wrote down the heads of the deal. We then went back to the bar to grab a bottle of champagne”

I set up a second meeting with Yoko, this time in the lounge of the Noga Hilton hotel. Yoko told me Tigers of Money had a few other suitors, so I gave her my best Sony pitch. I said we’d treat her show like our child; that we’d feed it, nurture it, and protect it with our lives.

She was convinced. I grabbed a cocktail napkin and we wrote down the heads of the deal. We then went back to the bar to grab a bottle of champagne.

And then… nothing. For three years.

I’ve always said this format business is a marathon not a sprint. At last, in January 2005, BBC2 decided that Sony’s strange little format about entrepreneurs had potential and they were prepared to take a chance on it. The execs over there renamed it Dragons’ Den.

The rest is not only TV history, but it changed my history too. Dragons’ Den was, and still is, a tremendous feather in my fedora. 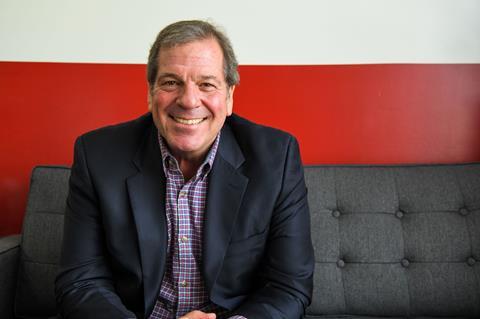 More importantly, its volcanic success led Yoko and her boss, Yukiko Kimishima, to ask me to work with them to find another Dragons’ Den in the vaults of their massive broadcast library – which was the incentive that my wife Colleen and I needed to launch our own company, Small World, in 2005.

That was the second-best deal of my life.

Tim Crescenti is co-founder and president of Small World International