“Into their deceptively simple set-up, Kay and his co-writers pour wit, warmth and a whole lot of heart.” 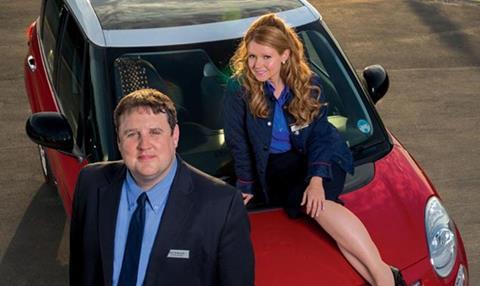 “It is a pleasure to say that Car Share remains a winner. It may lack the tartness of The Trip or the raucousness of Carpool Karaoke, but it lies somewhere in between, happy to be middle of the road and as warm and reassuring as apple pie.”
Chris Bennion, The Times

“This was humour of the everyday: low-key yet keenly observed, sharp yet compassionate, full of cosy colloquialisms and delicious turns of phrase. Into their deceptively simple set-up, Kay and his co-writers pour wit, warmth and a whole lot of heart.”
Michael Hogan, The Telegraph

“Peter Kay’s Car Share is a direct descendant of Victoria Wood’s brand of northern soulful comedy: deceptively simple, heartwarming, and delighting in the inherently naff. Mostly, though, this is comedy so gentle I didn’t actually laugh.”
Chitra Ramaswamy, The Guardian

“If you like a story to go somewhere, Car Share is a frustration. Like a commuter, it simply shuttles back and forth on the same well-worn route. Many viewers think Peter Kay is the funniest man on television and will be bouncing on their sofas, whooping at Car Share’s return. I’m just not one of them.”
Christopher Stevens, Daily Mail

“Let’s just hope that as the series progresses, so too does the plot line. At the moment, it’s pure and simple: Car Share is a boring shadow of a well-executed first series.”
Rebecca Monks, The i

“Yes, I get it: a very gentle comedy that many of us can relate to about the commute to and from work interspersed with a fantasy sequence in which the characters appear to be taking part in a music video. But it didn’t do it for me.”
Virginia Blackburn, Daily Express

“This is a lovefest in the time-honoured BBC tradition. Lots of fond, gentle and uncontroversial reminiscences trotted out by the usual suspects. Basically, I didn’t learn a thing but I chuckled and smiled and felt all warm and British and BBC-clad in that uniquely Victoria Wood (and, OK, Alan Bennett) way.”
Chitra Ramaswamy, The Guardian

“Six half-hour tribute programmes to an admittedly wonderful comic writer and performer did seem a little excessive at first. However, a few minutes in and you were marvelling at how they might compress Wood’s CV into three hours.”
Chris Bennion, The Times

“Admittedly, this was a glorified clip show – but what clips they were. Whether in sketch form, sitcom or live stand-up, Wood was warmly engaging and endlessly quotable. It was all a welcome reminder of her distinctive talent.”
Michael Hogan, The Telegraph