“It is the zenith and nadir of late western capitalism” 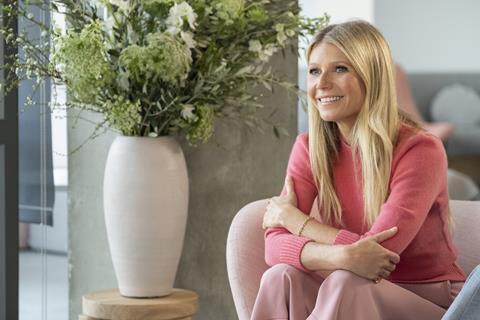 “There is an adamantine refusal to accept that sorrow and anxiety are attendant upon life all the way through, and a demented commitment to expunging every negative moment from it, whether by vegan eating, cold plunges, the cleansing of energy fields, psychic intervention or any other pseudoscientific activity that can be monetised for people whose gullibility marches in lockstep with their wealth. The place is awash with thin blonde women, pastels and vocal fry. It is the cult of the individual taken to its logical conclusion. It is the zenith and nadir of late western capitalism.”
Lucy Mangan, The Guardian

“If you had hoped that the name ‘lab’ indicated a more factual, scientific approach, you’d be sorely disappointed. The six, 30ish-minute episodes work exactly the same way as everything else Goop has done does: take a genuine topic, concern or scientific fact, then stretch it to such extremes that if you were anyone else you’d be laughed out of the room but, because you’re Goop, you instead have people falling purse-over-fist towards you while the rest of the world looks on in dismay.”
Amy Jones, The Telegraph

“Anyone expecting some cult-like doctrine in the goop lab will be disappointed. In fact, it avoids preaching, or peddling much real nonsense as scientific truth. Its detachedness from reality, and tongue lodged firmly in cheek, is what makes it so enjoyable, and galling, to watch.”
Sarah Carson, The i

“In between the ruminative Picard scenes are promising action sequences involving the mysterious Dahj. Those blasts of hand-to-hand combat confirm that Picard exists in the new Trek universe of fast special effects and destructive set pieces.”
Jack Seale, The Guardian

“Star Trek: Picard is in places screamingly hokey. The special effects and fight choreography, in particular, are just as clunking as the Star Trek on which many of us grew up. Still, the slow-moving story arc and an emphasis on character development over action feel reassuringly contemporary. And there is the undeniable nostalgia appeal of seeing Picard, Data and the Enterprise on screen again.”
Ed Power, The Telegraph

“I like Balls; I like his generous self-deprecation and that he can bring intellectual heft and dry humour to big subjects. However, last night he seemed timid about confronting anyone or asking searching questions. But it was an engaging hour, especially in a Brexit context, Balls meeting people who didn’t seem very extreme politically, but didn’t want immigration to threaten their culture.”
Carol Midgley, The Times

“For addicts of Strictly who’ve been craving a certain Shadow Chancellor’s flat-footed jive and twist, this was welcome entertainment. It’s a pity Ed’s getting his life experience after his career in politics is over. A few months hauling nets is just what many apparatchiks within the Westminster bubble need. They might be more willing to fight Brussels for Britain’s fishing rights.”
Christopher Stevens, Daily Mail