TV Critics: The Week The Landlords Moved In; Natural World

“Under a jaunty disguise, this is an eye-opening series about two Britains.” 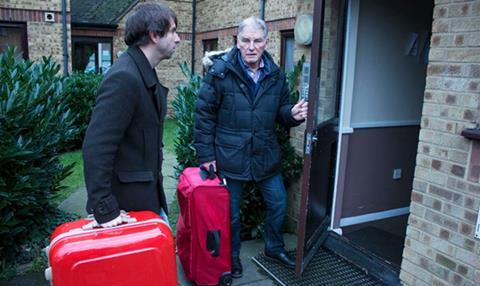 The Week The Landlords Moved In, BBC1

“It is a familiar formula, life-swap television. But the specifics give it more than a fresh lick of paint. Now it illustrates not just a housing crisis but yet another deep division in the country, between the have-nots and the have-lots (of property). And that makes it pretty relevant.”
Sam Wollaston, The Guardian

“The Grenfell Tower tragedy has focused attention on the plight of council tenants; this new series shines a sharp torchbeam into the murk of the private sector. Under a jaunty disguise, this is an eye-opening series about two Britains, about the gulf in understanding between haves and have-nots.”
Jasper Rees, The Telegraph

“It was hard to believe anyone could have been quite so stunned to discover that houses were also people’s homes or that living in battery-like multi-lets was an alienating and depressing way to exist. Nevertheless, landlord Peter seemed to discover this and did things to make it a bit better. Bravo.”
Matt Baylis, Daily Express

“Empathy is a wonderful thing, so is commercial responsibility, but if primetime television is all there is to invigilate them, we are in deeper trouble than the programme cared to explore.”
Andrew Billen, The Times

“With the cameras rolling, all the problems were swiftly fixed. Perhaps that touching scenario is re-enacted daily, all over the country. More likely, this show is just another slice of fake ‘reality TV’.”
Christopher Stevens, Daily Mail

Natural World — Sudan: The Last of the Rhinos, BBC2

“This programme resisted the temptation to be maudlin, and traced the rhino’s story in a tour de force of investigative wildlife journalism. Surreal, fascinating, tear-jerking and jaw-dropping, this was superb TV … but what a tragedy that it ever had to be made.”
Christopher Stevens, Daily Mail

“There have been plenty of recent documentaries about the plight of pachyderms. Natural World’s film Sudan: The Last of the Rhinos was the most melancholy yet. Why? Because it demonstrated that the lifelong work of admirable conservationists like Dr Kes Hillman-Smith is no match for the depredations of geopolitics.”
Jasper Rees, The Telegraph

“Ultimately, this was a story of human mistakes, some well-meaning, some idiotic and all, so far, undoable.”
Matt Baylis, Daily Express