“This is an important, necessary series: it is television as testament — but it is not entertainment on any level.” 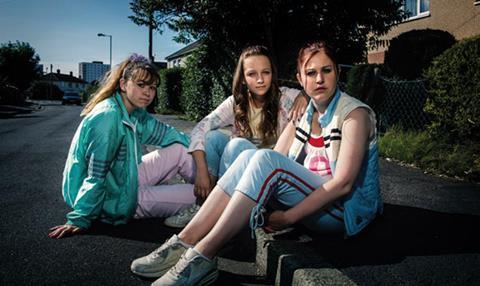 “Never in my life have I seen any drama, documentary or film that was as hard to watch as Three Girls. This is an important, necessary series: it is television as testament — but it is not entertainment on any level. It was brutal. It was relentless. Knowing that it was all true made it even more depressing.”
Christopher Stevens, Daily Mail

“Three Girls shows how ignorance can lead to neglect, and how we as a society have a duty to listen. Yes, it’s hard to watch. But it’s vitally important that we do.”
Rebecca Monks, The i

“The strength of the drama is that it does what everyone and everything – including the investigation – failed to do: it focuses on the abused rather than the abusers.”
Sam Wollaston, The Guardian

“Creatively, what struck last night was the daring of the writer Nicole Taylor in placing one of the girls, Holly, at the heart of episode one. Actress Molly Windsor produced a performance of such psychological believability and physical expressiveness that it requires something beyond mere praise.”
Andrew Billen, The Times

“It will be no surprise to see it clutching an armful of Baftas in 12 months’ time. Paul Kaye has rarely been so touching as the scales fell from the eyes of Holly’s dad. But the truly eye-catching performances came from the young actresses: Liv Hill as Ruby, Ellie Lightfoot as Zoe, Ria Zmitrowicz as the scheming survivor Amber.”
Jasper Rees, The Telegraph

“The fun of last night’s programme was all in Stephen Cooter’s glamorous direction, which with its bicycling kids and men in shades alluded to E.T. and Stranger Things; a triumph of style over substance, but a triumph all the same.”
Andrew Billen, The Times

“With its Dyson spheres and Kardashev scales, and candid, almost personal interviews with leading star-gazers, this film provided rich entertainment.”