TV Critics: A Mother's Son, The Treasures of Ancient Rome 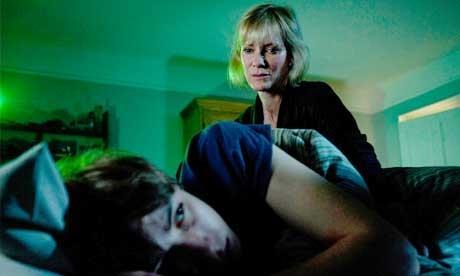 “Too much reality has been ignored at the expense of the plot: a gripping plot for sure but one built on shaky ground.”
Matt Baylis, The Express

“It has so far provided a striking portrait of the asymmetrical, componentised nature of one family of our times.”
Alex Hardy, The Times

“What drives a thriller like this – which sets up an intractable tension between maternal love and growing suspicion – is the question: “What would you do?” But they tend to work better if you can minimise the number of times viewers look at the unfolding action and say, “I’d never bloody well do that”.”
Tom Sutcliffe, The Independent

“It’s very good – tense, absorbing, thrilling; no bad thing in a thriller. With lots of great performances, even if I may not like all the characters (OK then, Norris’s Rosie – she is sooo annoying). To anyone with stepfamily experience it will strike a chord. To any mother of a son it may deliver a chilly shudder – even if he is only six months old.”
Sam Wollaston, The Guardian

The Treasures of Ancient Rome, BBC4

“Anyway, if you want a survey of some very fine pieces of Roman art, interspersed with shots of Sooke tootling around Rome in a Cinquecento, this should suit you down to the ground, provided you’re not too allergic to worked-up aesthetic responses.”
Tom Sutcliffe, The Independent