TV Critics: The Culture Show; Science Britannica; Who Do You Think You Are?; The Two Ronnies Spectacle; The Three-Day Nanny

“The dourest, most northerly of our financial commentators pirouetted with more finesse than a chancellor spinning unemployment figures.” Read on for the verdict on last night’s TV. 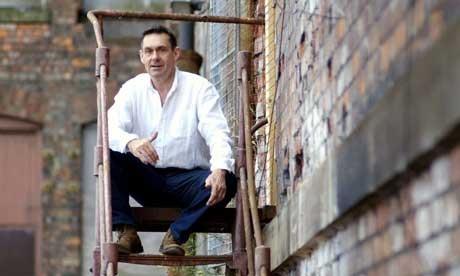 “The archive material here is wonderful: skinny, sweaty people jerking wildly, consumed by a sound Paul Mason describes as ‘like Motown, but rougher’… I’d have liked more in-depth exploration of why white, working-class men in particular found themselves so taken by rare demos and B-sides from the black soul scene of the US… But, at 30 minutes, there just wasn’t the time: it needed at least an hour.”
Rebecca Nicholson, The Guardian

“Many viewers (including this one) would have been more than happy to listen to talking heads wax nostalgic while watching great archive clips of the dance floors at Twisted Wheel, Wigan Casino and Blackpool Mecca, but this programme also had that and more… It was Mason’s capacity to take the music seriously, without taking himself at all seriously, that really made this documentary so affecting.”
Ellen E Jones, The Independent

“After 35 years away from the scene, most of them reporting the downside of whatever part of the economic cycle we were in, Mason bought a ticket for a Wigan all-nighter and found that his feet remembered every step. The dourest, most northerly of our financial commentators pirouetted with more finesse than a chancellor spinning unemployment figures.”
Andrew Billen, The Times

“It’s helpful if an enthusiast like Brian Cox can spell out to science dunces such as me exactly why Sir Isaac Newton is such a big deal. Having watched last night’s second episode of Science Britannica, I get it… Where Cox and I parted ways was his attribution of all this talent to some sort of essential Britishness.”
Ellen E Jones, The Independent

“As the series goes on I’m noticing a fondness for wartime examples as if the only way of persuading us that science is any good is by showing us how it wins wars. Show me how it can stop mankind conducting wars then I’ll be impressed.”
Matt Baylis, Daily Express

“A fascinating tale, full of losses and abrupt departures, much like the career of your average war correspondent.”
Matt Baylis, Daily Express

“As yet another series concludes there will be those who wonder if it’s time for Who Do You Think You Are? to slip off to the great archive in the sky. While not every celeb’s roots are ripe for unearthing, the foreign country that is the past will always be fertile turf. Carry on digging.”
Jasper Rees, The Telegraph

“This three-part documentary, narrated by Victoria Wood, was driven by remarkable archive footage, showing Two Ronnies sketches that haven’t been seen since they were first aired…  Ironically, it was today’s documentary-making cliches that made it flabby.… The talking heads are almost all redundant, interrupting the footage to recap what has just been on screen, then offer platitudes about how great it all is.”
Rebecca Nicholson, The Guardian

“The way the programme is put together helps to reinforce the message that nanny knows best. A bit like the news, they only show the bad bits of life before the arrival of the Three-Day Nanny, and it’s all spliced together by an editor with ADHD to give you the bends.”
Jasper Rees, The Telegraph