“A gripping hour that treated a hideous scenario with integrity.” 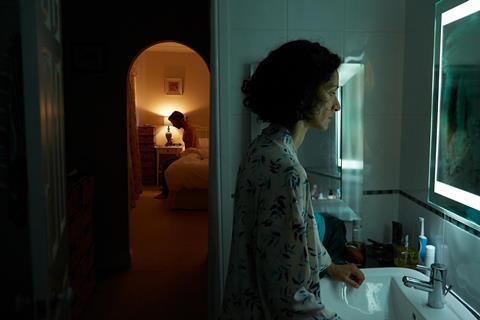 “What made this one-hour drama convincing was its restraint. It was a cogent exploration of how one fairly vague text can capsize your entire world. I didn’t much like the end, which closed like a play rather than a TV drama, with Jo and Danny staring out to the audience. Yet it was a gripping hour that treated a hideous scenario with integrity.”
Carol Midgley, The Times

“It gripped right until the final twist – which rang true but left several questions unanswered about how the family were going to cope with the aftermath. To simply put a group of characters through the wringer then leave their story in mid-air seemed an unsatisfactory way to tackle a very serious subject.”
Jeff Robson, The i

“The ensuing drama avoided the ugly details of child abuse and instead pulled on the lever of many a great thriller. Who can you trust? It was cleverly done, down to the fine details.”
Matt Baylis, Daily Express

“We like our stage stars to be wildly melodramatic — and from the first note Sheridan exploded like a gallon of emotional TNT dynamite overflowing from a champagne bottle. Dropping her transatlantic twang from the first number, she performed Crazy in X Factor style, all bombast and rough edges. It worked — she hasn’t got the greatest range, but she knows how to push her voice to the utmost within its limitations.”
Christopher Stevens, Daily Mail

“I have enjoyed much of The Last Post as something in which to lose oneself on a dreary Sunday night. In the final episode, however, it was the show that seemed lost, lapsing from being a Royal Military Police drama based in 1960s Aden, featuring terrorists, child kidnap and a beheading, into more of a schmaltzy romance-cum-couples’ therapy hour.”
Carol Midgley, The Times

“The club scenes – plus that train, and the outside recreations of late-20s Berlin – are fabulous and stunning and reflect the massive scale and ambition of Babylon Berlin. But there’s also a slight blandness about it that I think is partly down to its international ambition. I’m certainly in – intrigued, involved – just not quite addicted.”
Sam Wollaston, The Guardian