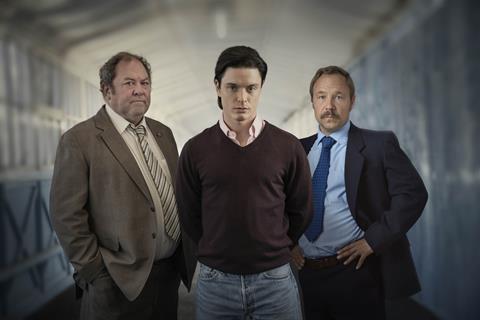 “The problem with dramatising famous – or infamous – events that took place well within living memory is that you are not that free to dramatise anything. Such is the besetting problem with ITV’s White House Farm. There are five parts still to go, but so far it’s all a little paint-by-numbers.”
Lucy Mangan, The Guardian

“Director Paul Whittington superbly captured the claustrophobic atmosphere inside the farmhouse. Rarely has a sense of foreboding been so well realised as in the opening scene, when the camera roamed through the house. It was expertly done, but I have no desire to watch to its conclusion.”
Anita Singh, The Telegraph

“White House Farm handled the events as sensitively as could be hoped, with little explanatory dialogue and much use of silence, which felt quite un-ITV. There was no sensationalism here, minimal background music (strangely effective — others should try it) and the episode didn’t end on a gaudy cliffhanger, but with the bodies being driven away, the scene quietly fading out. These are light footsteps.”
Carol Midgley, The Times

“It didn’t feel enough to fill an hour and leaned heavily on long shots with little meaning. The actors did their best, but the script lacked the kind of characterisation that would have picked up the slack. The adaptation is sensitively done and based on police evidence, interviews, and the input of Colin Caffell (played by Mark Stanley). It’s a shame, then, that the pacing let down this first episode so badly.”
Barbara Speed, The i

“This fiendishly cruel yet compellingly juicy format forced four families to reconsider their diets by caring for farm animals in their back gardens for three weeks. The series smartly wove in educational content by showing the families the often uncomfortable reality of their food’s journey from field to plate. It was populist, non-preachy programming. The very definition of food for thought.”
Michael Hogan, The Telegraph

“Five years ago, Meat The Family would have seemed a crackpot programme: now, it reflects the discussion going on in millions of homes. There’s a lesson here: being cute is one thing, being tasty is quite another.”
Christopher Stevens, Daily Mail

“The environmental campaigner George Monbiot’s argument rested on an idea so far-fetched that it matched the science-fiction clips and comic-book graphics used in the programme: that all farming (not just animal farming) will end within a few decades. Whether it inspired or enraged you, Apocalypse Cow was a fascinating look at the human food chain, and how it might change over the coming decades.”
Barbara Speed, The i