“As dawn broke, the documentary slowed and clarified.” Read on for the verdict on last night’s TV. 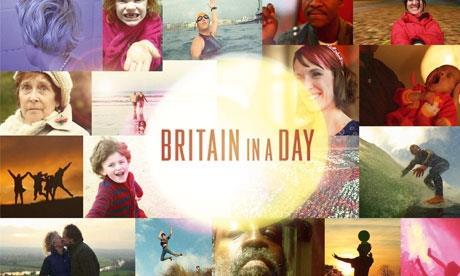 Britain in a Day, BBC2

“There was no voiceover and little backstory for most individuals – evocative moments were generally preferred to explication – but the warp and weft of different lives were woven together to make something really wonderful.”
Lucy Mangan, The Guardian

“It was never going to be able to give anything other than the sketchiest impression of the nation. But it delivered a surprisingly comprehensive and moving account of what it is to be human.”
Tom Sutcliffe, The Independent

“It was a docu-experiment that had everything going for it, Yet somehow it never quite took off.”
Matt Baylis, The Express

“Cut down from 750 hours of home video, it began distractedly with fast cuts, an incomprehensible Birmingham street scene and some lazy edits, such as between a breast-feeding mother and a cow-milking farmer. But as dawn broke, the documentary slowed and clarified.”
Andrew Billen, The Times

“Peter Oborne’s thesis in his Dispatches about the relationship between the Tories and News International seems to be as follows: David Cameron was a decent chap – look, here’s his former press secretary George Eustice promising that Dave hated the way Tony Blair had courted the media and avoided contact with Rupes until well into the run-up to the 2010 election to prove it! – but became gradually enmeshed in and corrupted by the Murdochs’ fatal charm.”
Lucy Mangan, The Guardian