“Naff, operatic and entirely guessable in one way but believable and entirely watchable in many others.” Read on for the verdict on last night’s TV. 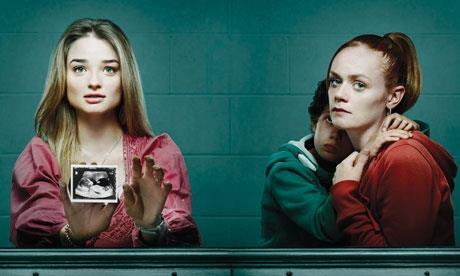 “The proxy humiliations of incarceration are one of the consistent themes in this series, which continues to impress.”
Tom Sutcliffe, The Independent

“It was naff, operatic and entirely guessable in one way but believable and entirely watchable in many others.”
Matt Baylis, Daily Express

“I am still loving Prisoners’ Wives, even though its on-screen title lacks an apostrophe and last night there was far too little Polly Walker and far too much of Natalie Gavin’s Lou.”
Andrew Billen, The Times

TIMOTHY SPALL: ALL AT SEA, BBC4

“The truth of Big Fat Gypsy Weddings – as the advertising campaign that promised that this series would be “Bigger. Fatter. Gypsier” – is that it knowingly toys with feeding a social prejudice while taking care to keep its toes just this side of the line…. More to gawp at, more to tut at, more to consolidate that pleasing sense that you are on the right side of respectability and you’re free to look down.”
Tom Sutcliffe, The Independent

“PBS’s immersive four-part history of Bill Clinton so hammers away at one insight that you think you are getting tinnitus: Clinton believed you deserved as many second chances as you were willing to take… The programme is an exemplar of the PBS documentary style: meticulous film research, mellifluous voiceover, multiple contributions from big hitters and a magisterial score. Its analysis, however, goes only so deep.”
Andrew Billen, The Times