“Why can’t Aunty make more shows like this?” Read on for the verdict on last night’s TV. 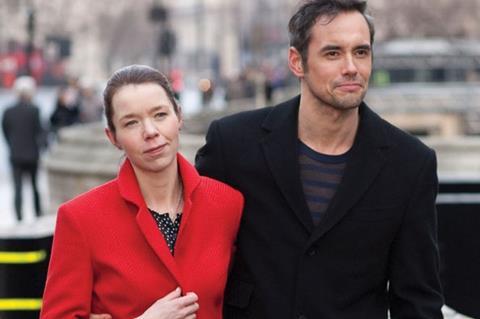 “This was an outstanding hour from director Simon Cellan Jones. He should re-edit it to 90 minutes in the DVD release.”
Andrew Billen, The Times

“This drama was so good it practically justified the licence fee on its own. Why can’t Aunty make more shows like this?”
Virginia Blackburn, Daily Express

“It purported to put Heather Brooke back in her rightful place. But, in fact, the rush job meant that her characterization was so thin that, despite fine work from Anna Maxwell Martin, the line between heroic monomania and tiresome obsession was too often blurred.”
Lucy Mangan, The Guardian

“Tony Saint’s spritely drama about the woman who helped lift the lid on parliamentary expenses …The man she was up against – in this characterization at least – combined shop-floor toughness with an over-inflated sense of his own and Parliament’s dignity.”
Tom Sutcliffe, The independent

HOW THE EARTH MADE US, BBC2

“…intrusive so-called “background” music in programmes that need no such accompaniment. How Earth Made Us is a prime example. I estimate 98 per cent of the show was smothered in it. Producers, I beg you. You’ve got pictures of the Grand Canyon. The Rockies. Even the Alberta sands are breathtaking in their own horrific way. Leave. Them. Be.”

ONE BORN EVERY MINUTE, CHANNEL 4

“My favourite documentary, which films births at a hospital in Southampton returned to my favourite mother, Lisa.”
Andrew Billen, The Times

“Ended its second series last night. Thankfully, for those of us who’ve become addicted to it, there were enough loose ends left to ensure that a third series is almost a certainty.”
Virginia Blackburn, Daily Express

“ITV1’s documentary, sought out some of the individual stories embedded within the 10 million or so car journeys conducted every day in London.”
Tom Sutcliffe, The Independent