“Proved that it is possible to make thoughtful, poignant fly-on-the-wall programmes that educate and entertain without exploiting.” 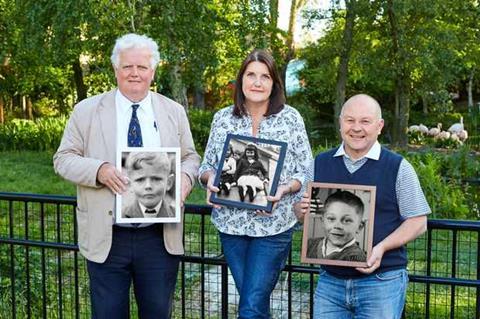 “At a time when TV schedules are flooded with low-rent reality offerings, 63 Up proved that it is possible to make thoughtful, poignant fly-on-the-wall programmes that educate and entertain without exploiting.”
Claudia Connell, Daily Mail

“Set against the crudeness, manipulation and superficiality of most of what now makes up this part of the televisual field, Up starts to look like an almost noble endeavour, more akin to the raising of a medieval church amid the housing estates thrown up by the rest to make a quick buck.”
Lucy Mangan, The Guardian

“It is relatability that makes this unique series so potent. The subjects of what was set up as a critique of the class system (yes, it’s still unfair) are now like distant friends. For all its social concerns, the series works simply by reflecting the fluctuating fortunes of everyday life.”
James Jackson, The Times

“There was probably too much emphasis on using clips from past series, which in their blurring of time and place sometimes felt confusing. But the sense that these individuals are not examples of types, but each unique and extraordinary in their own way, continues to compel.”
Chris Harvey, The Telegraph

“When the toxic dust settles on this show, director Johan Renck and screenwriter Craig Mazin will be remembered for crafting a remarkably cogent and multivalent drama, one aided by impeccable performances.”
Tom Seymour, The Guardian

“It says something about Craig Mazin’s writing, as well as Jared Harris’s acting, that even a lengthy physics lesson in the generation of nuclear power, including talk of a ‘positive void coefficient’, was nothing short of compelling. That’s not something you get in Hollywood courtroom thrillers. The real-footage coda left you reeling in Chernobyl’s legacy — and the distinct feeling that this is already the drama of the year.”
James Jackson, The Times

“What could have been anticlimactic in dramatic terms in fact proved enormously satisfying and every bit as provocative and anger-inducing as the previous four hours. The series as a whole has been a towering achievement richly deserving its place as IMDb’s top-rated TV show.”
Gabriel Tate, The Telegraph