“Her victims never realise that her next question will be the one that hits them at the exact angle where they shatter.” Read on for the verdict on last night’s TV 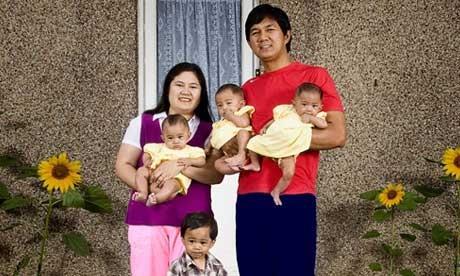 “[Vanessa] Engle has such an eye for the untelling detail that her victims never realise that her next question will be the one that hits them at the exact angle where they shatter.”
Andrew Billen, The Times

“So far so hilarious but there were a couple of cases bordering on the tragic.”
Virginia Blackburn, Daily Express

“Thta’s why [Vanessa] Engle’s film is so absorbing, and so human. It’s not just about the figures on Dave’s payslip, or on Keith’s mini-statement. How you think about money says a lot about how you think about other things, about who you are. And who you should be with.”
Sam Wollaston, The Guardian

“It all culminates in an extremely bad day at the office, suspension and insurance-paid therapy in Hawaii.”
Andrew Billen, The Times

“It takes the risk of having a heroine who is personally maddening and unsympathetic, but whose quest – to live a better, happier life – is less ridiculous than the means she employs to achieve it.”
Tom Sutcliffe, The Independent

AFTER LIFE: THE STRANGE SCIENCE OF DECAY, BBC4

“As if aware that our stomachs could only take so much, the repulsively vivid footage of things going bad was occasionally interrupted by nausea breaks, to explore preservation techniques and the surprisingly complex self-organisation of slime moulds.”
Tom Sutcliffe, The Independent