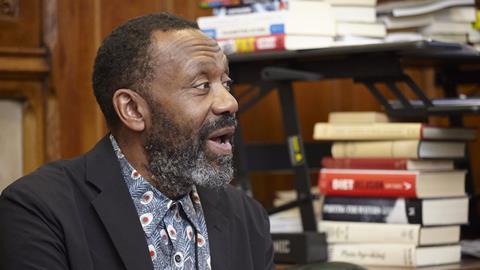 Sir Lenny Henry is guest-editing a special issue of Broadcast themed around issues of diversity in the television industry.

The actor, comedian and diversity campaigner has been working closely with the Broadcast editorial team to create a line-up of news stories and features that shine a light on critical diversity issues such as ethnicity, class, gender and disability.

He has been a key campaigner for improvements to diversity in media, and recently led a group that has called for government tax breaks for TV productions that can demonstrate diversity.

The issue, one of several specials Broadcast is publishing this year to mark its 60th anniversary; will including a look at how to fund diverse programming; an extensive feature on diverse-led indies’ experiences in UK broadcasting; an investigation into diversity monitoring; a roundtable featuring the BBC, ITV, Channel 4 and Sky; and comment pieces from the likes of Lee Ridley, aka Britain’s Got Talent winner Lost Voice Guy.

Henry  has also put on his reporter’s hat for an exclusive one-on-one interview with Labour deputy leader and shadow culture minister Tom Watson. The interview will form a key pillar of the issue.

Watson’s deputy Kevin Brennan recently announced a Labour government is launching a consultation into whether an ‘inclusion rider’ could be added to the existing high-end TV tax credit. This would hand productions that meet diversity criteria extra financial support.

“This edition of Broadcast magazine promises to open up the true representation/diversity issue with robust discussions, interviews, chewy facts and solution-based chat. Join us,” said Henry.

Broadcast’s diversity special is out on 30 May.