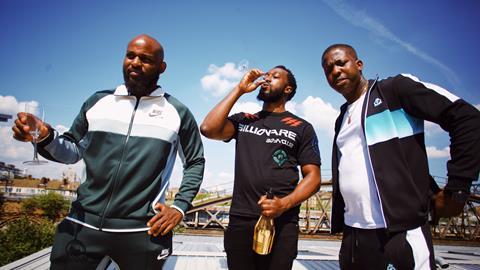 YouTube original Together We Rise dominated an excellent field of nominees this year, with the show telling the inspiring story of GRM Daily founder Posty, while celebrating an entire genre of music and capturing the judges’ hearts. One judge described the trailblazing series as an “important story with brilliant access and talent”, hailing its originality.

Another, who described Together We Rise as an “important and iconic telling of the black British experience”, said it finally brought the UK in line with similar US works from down the years and was unlikely to be commissioned by mainstream channels.

The series showed how, with limited opportunities available, rap and grime artists are able to build a sustainable musical ecosystem. Featuring an array of interviews with the likes of Skepta, Giggs, Stormy and Kano, it charted Posty and YouTube channel GRM Daily’s rise through the decades, while showcasing the very best grime music.

The show also gained a sense of urgency due to the Covid-induced lockdown, which impacted the black community more than most, along with last summer’s Black Lives Matter protests.

Grime artist and self-taught cook Big Zuu brought a new, vibrant feel to UKTV channel Dave with this recipe for success. Avoiding the cookie-cutter format of some food shows, the host showcased an impressive rapport with some of the UK’s biggest comedians, as he prepared delicious dishes with sometimes hilarious consequences.

Glow Up: Britain’s Next Make-Up Star
Wall to Wall Media for BBC3

Into its second run, Wall to Wall’s format proved itself a fresh, contemporary show that successfully injected life into elimination formats. With each episode showcasing a fresh theme, and industry heavyweight judges bringing serious expertise, the programme could be set as a staple of the soon-to-return linear BBC3. Glow Up showcased the UK in all its forms and new host Maya Jama steered the ship with ease.

Greenlit with funding from the Young Audiences Content Fund, this spin-off showcased teenagers’ bumpy rise to adulthood and opened the nation’s hearts to young love. The much-loved fixed rig format adopted many years ago by First Dates allowed viewers to see into the lives of young people from a vast array of different backgrounds.

A lockdown-impacted factual series produced from people’s gardens was never going to be easy but Strawberry Blond handled the challenge with aplomb. The show, which costs less than half of Time Team’s budget to make, tugged at the heartstrings of viewers and unearthed some fantastic archaeological finds.

Firmly established as one of the youth-skewing channel’s biggest breakout hits, The Rap Game was a shining beacon of diversity, with more than 90% of its on-screen talent ethnically diverse and the majority coming from beyond the M25. The format itself showcased the best of British music talent in a vibrant, competitive manner.