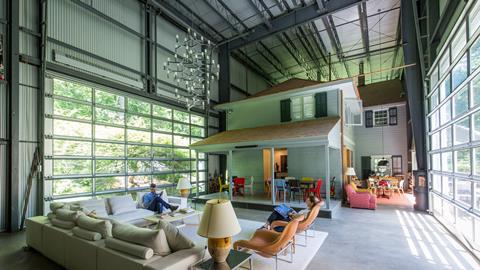 Barcroft Media has become one of the most prolific factual producers in the UK and is increasingly seeing success from developing digital shows that go on to become long-form series.

Chief executive Sam Barcroft says that his company wants to “turn the TV model upside down”.

“We think that we’re at the front of a really clever way of marrying up the opportunities of digital with the fantastic business model of linear,” says Barcroft.

“We think that using YouTube as a creative scratchpad, rather than purely as a marketing device, is a no-brainer. It also gives you a return in investment for your development spend, because you get the advertising revenue.”

Barcroft believes there will be a big change over the coming years as more companies take this development route.

“I think that our ability to create audiences and develop successful brands in short-form helps the TV market, because they can take advantage of that development and see the content - often before they have to buy it.”

The flagship Barcroft TV YouTube channel has more than five million subscribers and has notched up more than four billion views to date. The company also runs Barcroft Animals and Barcroft Cars channels on the same video sharing platform and offers 13 series on a non-exclusive basis via Facebook Watch.

Barcroft’s digital business model is a mixed bag. It produces brand-funded content, wins commissions from broadcasters such as Channel 5 and BBC3, and self-funds its own ad-supported content.

With the latter, Barcroft is able to experiment in terms of form and platform. “You can try a 30 second film or a 300-minute film and see how people react and then change strategy accordingly,” says Barcroft.

In reality, its online content runs to between roughly five and 58 minutes in length, with the bulk at the shorter end of spectrum.

Full-length shows that Barcroft has created from ideas incubated online include Extreme Love for TCB Media Rights – an 8x60’ series that was inspired by a Barcroft TV show of the same name.

The episodes about incredible homes in that series rated much better than the other real-life stories featured, so the company took that as a development lead and ran with it.

With Amazing Interiors, Barcroft made a sizzle reel using the Making Mad footage, then made an entirely original series when it got the green light from Netflix. However, this is not always its methodology. The long form version of Ridiculous Rides, for example, was made entirely from reversioned short-form content.

“We’re very open-minded about that and the TV buyers are increasingly, too,” says Barcroft. “Good content is good content.”

While the TV industry has long feared cannibalisation, Barcroft says that there is a “new understanding” that shows supported by digital content, that have digital audiences, are becoming very successful. Part of the reason is that the worlds of digital and TV are fast converging in terms of quality.