“Another scorching performance from Sheridan Smith.” 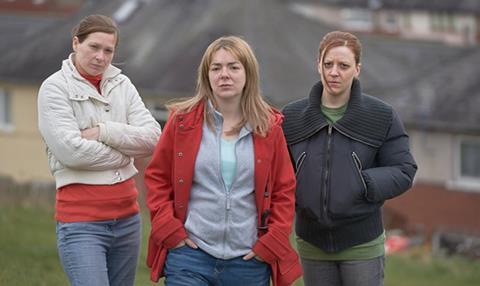 “Sheridan Smith is excellent as Julie Bushby and writer Neil McKay never sentimentalises the estate, or any of its working class residents. Crucially, however, he demonstrates how easy it is for the media to do so.”
Rebecca Monks, The i

“It’s getting boring, plus hard to avoid cliches, when gushing about Sheridan Smith – her range, her extraordinary humanness, her ability not just to play someone but to inhabit them, to be heroic without being sentimental. She is, to nick one of her own lines, ‘fucking brilliant, or what’.”
Sam Wollaston, The Guardian

“It is Smith’s honesty and sensitivity that makes her such an exceptional performer, and those qualities led to another scorching performance in the opening episode of The Moorside.”
Jasper Rees, The Telegraph

“As community organiser and single mother Julie Bushby, Sheridan was as inspirational as she was intimidating. Gemma Whelan was also convincing as the venal Karen, greedily sucking up all the attention and benefits she could leech from her daughter’s disappearance. She was ignorant, selfish and crafty, an obnoxious character who veered close to Kathy Burke’s Waynetta Slob.”
Christopher Stevens, Daily Mail

“Comedian Simon Brodkin’s claim in the title of his documentary, namely that he is Britain’s Greatest Hoaxer, is disputable. Questions remained unasked. Who pays? Was it ethically right to leave his co-conspirators in the yacht hoax in custody in Monaco?”
Andrew Billen, The Times

“He came across as brash and crude and cocky and self-delighted and the film delivered such a strikingly vivid portrait of a certain kind of clever, ruthless media huckster that I wondered if he himself was a hoax.”
Matt Baylis, Daily Express

“Since these stunts are all the comedian is known for, you could argue that he’s surfing to fame in the wake of the people he professes to despise. How he pays for these elaborate and pointless charades, we were never told. It was all neither informative nor very funny.”
Christopher Stevens, Daily Mail

“There’s so much more to it than the actual stunts. You get Simon’s reasons for picking his targets (obvious, sound); the extraordinary planning and preparation (and sometimes prosthetics) that goes into each setup; the excruciating tension of the buildup; and then the joy of execution. Man, he’s got cojones.”
Sam Wollaston, The Guardian