“The film had the aroma of a balanced report.” Read on for the verdict on last night’s TV. 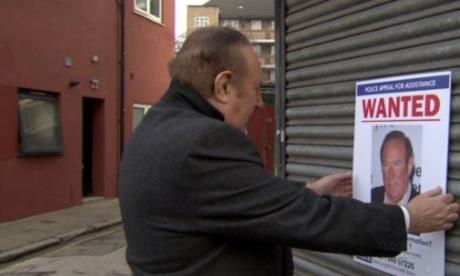 “This programme did a good job of helping us with that without boring or baffling us along the way. It was rather weaker though when it came to the second part of its mission. After asking what we could do about this albatross of an Act, it couldn’t really provide a decent answer.”
Matt Baylis, Daily Express

“The film had the aroma of a balanced report but the strong and gamey flavour of a Little Englander polemic.”
Tom Sutcliffe, The Independent

“Last night Neil did that most lethal of things: scrutinise a right-of-centre prejudice, strip it of its inaccuracies and declare it sound.”
Andrew Billen, The Times

“Was essentially a work of frustration, a reiteration of the original charges and a repeat of a call for action that went nowhere last time.”
Tom Sutcliffe, The Independent

“This was a proper piece of journalism. A depressing, numbing film that rang on long after the final credits rolled.”
Sam Wollaston, The Guardian

“During Big Body Squad came a reference to a device that could reduce a patient’s weight. It turned out to be a sort of portable hydraulic life… there was me thinking that they meant diet and exercise.”
Matt Baylis, Daily Express

One Born Every Minute, C4

“It’s much the same every week – bump, nerves, pain, screams, big push, joy, tears, name, weight, big stuff ahead. It’s never boring though – well it’s not a bad story, is it? And so much easier watching other people than doing it yourself.”
Sam Wollaston, The Guardian

Roger and Val Have Just Got In, BBC2

“I did not forsee the impact on the emotional solar-plexus of the show’s final, moving, wonderful moments as the couple’s front door let in the light. Last night the mourning ended. Tremendous TV.”
Andrew Billen, The Times