“It concentrated, in other words, on the one unanswerable argument against military violence – the collateral damage.” Read on for the verdict on last night’s TV. 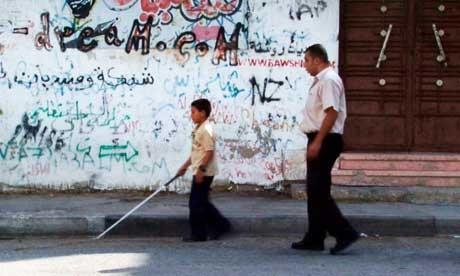 “It concentrated, in other words, on the one unanswerable argument against military violence – the collateral damage that can’t be folded inside any kind of realpolitik or ever effectively defused by the rhetoric of regret.”
Tom Sutcliffe, The Independent

“Some of the scenes in this film are familiar – they were included in a Dispatches documentary from last year. It doesn’t matter, it’s good enough for a second viewing. It’s brilliantly done, stark and beautifully shot.”
Sam Wollaston, The Guardian

“Jezza Neumann’s sad, disturbing, narrator-free film let us decide which of the children had been done the most harm by Operation Cast Lead two years ago.”
Andrew Billen, The Times

How TV Ruined Your Life, BBC2

“To describe Charlie Brooker as biting the hand that feeds him … isn’t quite right. What actually happened is that television saw him gnashing and snapping away in print like a rabid alsatian, and thought “That looks lively… I wonder if it would be fun to stick a hand in his mouth.”
Tom Sutcliffe, The Independent

“It was quite amusing. A record company sets out to find the next big thing in the female Gregorian chant genre. All the problems you might imagine could arise do arise.”
Sam Wollaston, The Guardian

“It is a US sitcom that feels good about itself for taking the side of middle-aged women.”
Andrew Billen, The Times

“Most of the life-threatening situations on Eastenders, such as sawn-off shotguns, jealous lovers and runaway vehicles, are rare. However, Heather’s is one that can and does affect a lot of people.”

Stanstead: The Inside Story, Channel 5

“As well as being very watchable and sometimes quietly fascinating what’s remarkable about this show is how nicely everyone seems to behave.”
Matt Baylis, The Express