“English eccentricity at its most eccentric.” Read on for the verdict on last night’s TV. 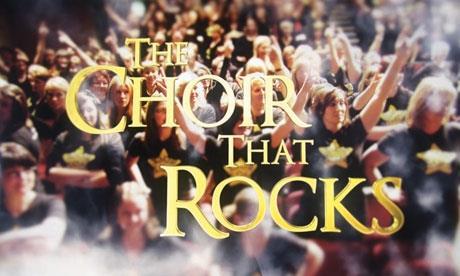 THE CHOIR THAT ROCKS, ITV1

“It’s not really the stuff of drama, is it? Have you ever seen a play about some really great people, who get on brilliantly together, deciding to do something nice?”
Zoe Williams, The Guardian

“It’s both rather fascinating and rather sweet – English eccentricity at its most eccentric.”
Alice-Azania Jarvis, The Independent

“Despite its good moments, The Shadow Line had, in the old joke, too many terrible half hours to be called a success. The final episode…did not justify the investment in time and intellectual effort it asked of us.”
Andrew BIllen, The Times

“it’s a fine line between giving them a voice and parading them about like a circus act.”
Zoe Williams, The Guardian