“It repelled cynicism.” Read on for the verdict on last night’s TV. 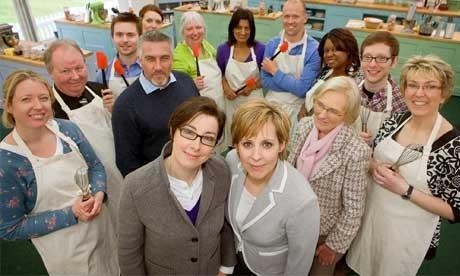 “There was something so touchingly innocent and vulnerable about the contestants in this cookery competition that it repelled cynicism.”
Andrew Billen, The Times

“Despite the fact that they’ve stirred in the recommended measure of both Mel and Sue, that flavour has almost entirely disappeared from the finished product.”
Tom Sutcliffe, The Independent

“In its better moments the Beeb is still capable of discovering talent and it certainly did so here.”
Virginia Blackburn, Daily Express

“Mel and Sue managed the occassional funny riff, but it still seemed to be a programme that had had the lightness deliverately beaten out of it.”
Lucy Mangan, The Guardian

“Two month on, neither woman was willing to be weighed for the update credit line, which suggested that no method in the world will work unless you stick at it when the cameras have gone.”
Tom Sutcliffe, The Independent

The Making of King Arthur, BBC4

“Less substantial than other parts of the Norman history strand the BBC has been running for the last few weeks.”
Lucy Mangan, The Guardian

“Things unfolded with their usual skill, with Vegas’s beautiful, idiosyncratic brand of melancholic comedy infusing everything.”
Lucy Mangan, The Guardian