“Into this long summer of English sporting inadequacy, BBC Drama has fielded a world-class player.” Read on for the verdict on last night’s TV. 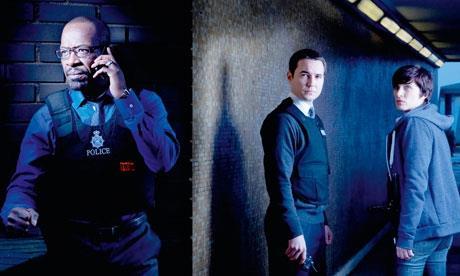 “Line of Duty got into its story quickly, scored an early coup in the revelation of the role of Vicky McClure’s character, and was deliciously acted…Into this long summer of English sporting inadequacy, BBC Drama has fielded a world-class player.”
Andrew Billen, The Times

“There really should be a public health warning before one of Jed Mercurio’s dramas airs. The tension it generates simply cannot be good for a body…As with his previous series, Mercurio’s forte is in doing the seemingly impossible; he dramatises conscience.”
Lucy Mangan, The Guardian

“The thriller material has already set its hooks solidly. But Jed Mercurio has added to it two themes that promise to thicken and enrich the relatively thin pleasure of not knowing who’s done what to whom… Making form-filling into edge-of-the-seat stuff won’t be easy, but with this cast and this writer it could happen.”
Tom Sutcliffe, The Independent

“Apart from a thunderously bad introduction…it was a wonderful film that concentrated on the process of creation as much as on the soldiers’ stories and in doing so protected the dignity of everyone involved.”
Lucy Mangan, The Guardian

“I nearly switched off right there but I’m glad I didn’t because what followed was very affecting, an account of badly injured soldiers creating a theatre piece out of their own experiences and trauma.”
Tom Sutcliffe, The Independent

“I say fuck off too with your exploitation of a damaged population, your pandering to the meanest of mindsets, your depressing, cynical, meretricious show.”
Lucy Mangan, The Guardian